What is a Matter?

Anything that has mass and occupies space is called matter.

The following are the characteristics of the matter:

Based on the chemical composition of various substances matter is classified as Pure Substances & Mixtures. 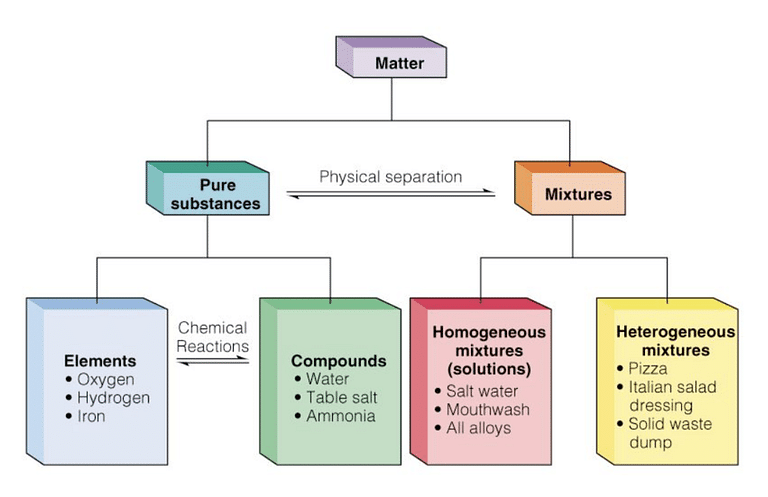 What is Pure Substance?

Pure substances are substances that are made up of only one kind of particles and has a fixed or constant structure.

Pure substances are further classified as elements and compounds.

What is a Mixture?

In chemistry, when two or more substances mix with each other without participating in a chemical change, the resulting substance is called a Mixture. 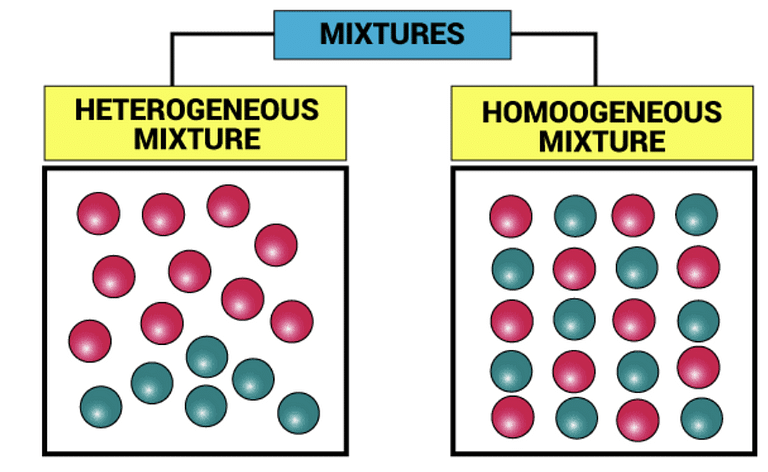 ➢ Homogeneous mixtures are those whose composition for each part remains constant.Example: Aqueous and gaseous solution.

➢ Heterogeneous mixtures are those whose composition may vary for each and every part.

Question for Revision Notes: Some Basic Concepts in Chemistry
Try yourself:A ________ is made up of two or more pure substances which may be in any ratio.
Explanation

Mixture is a combination of pure substances in a ratio. Pure substances which are in its composition are called its components. Atom is the basic unit of life.

➢ Relations between the scales:

What is Dalton’s Atomic Theory?

Dalton's atomic theory proposed that all matter was composed of atoms, indivisible and indestructible building blocks. While all atoms of an element were identical, different elements had atoms of differing size and mass.

Atom is the basic unit of life. A molecule is a compound made up of 2 or more atoms held by chemical bonds. The mixture is a combination of pure substances in a ratio. Ion is either positively or negatively charged.

Question for Revision Notes: Some Basic Concepts in Chemistry
Try yourself:How many significant figures does 63180 have?
Explanation

The non-zero digits and any zeros between them are all significant. Since there is no decimal, zeros are not significant. Therefore it’s 4.

➢ Rules for limiting the result of mathematical operations:

Law of conservation of mass

A chemical compound always contains same elements in definite proportion by mass and it does not depend on the source of compound.

When two elements combine to form two or more than two different compounds then the different masses  of one element B which combine with fixed mass of the other element bear a simple ratio to one another. 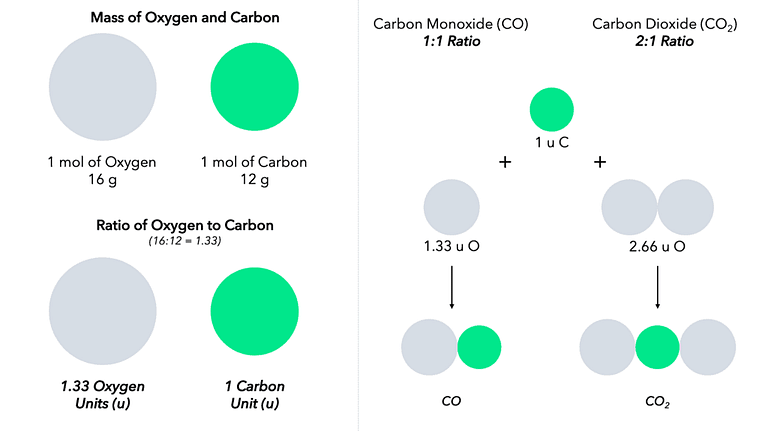 If two elements B and C react with the same mass of a third element (A), the ratio in which they do so will be the same or simple multiple if B and C reacts with each other. 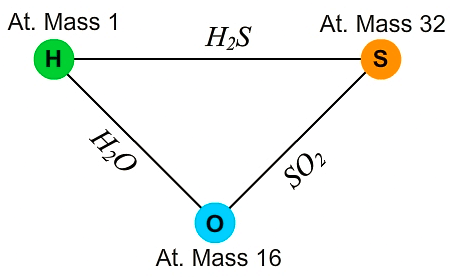 At given temperature and pressure the volumes of all gaseous reactants and products bear a simple whole number ratio to each other. 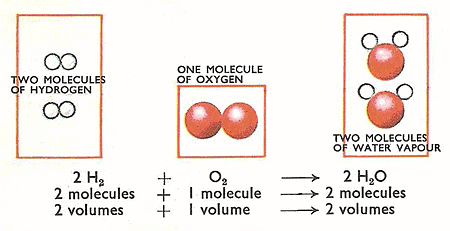 Two or more elements those are given, may combine to form more than one compound, the masses of one element that will combine with the given mass of the other elements, would be in the ratio of whole numbers is the law of Multiple Proportions.

Represents the actual number of each individual atom in any molecule is known as the molecular formula.

Expresses the smallest whole number ratio of the constituent atom within the molecule.

Concentration of the Solutions

Question for Revision Notes: Some Basic Concepts in Chemistry
Try yourself:Which of the following cannot be a molecular formula for an empirical formula HO?
Explanation

The molecular formula is the exact number of different types of atoms present in the molecule of a compound. The rest compounds are not in the same ratio as of empirical formula ones. Though HO is possible, it can’t exist.