UPSC : Spectrum: Summary of The Revolt of 1857 UPSC Notes | EduRev

The document Spectrum: Summary of The Revolt of 1857 UPSC Notes | EduRev is a part of the UPSC Course Famous Books for UPSC Exam (Summary & Tests).
All you need of UPSC at this link: UPSC Example- In Awadh, the storm centre of the revolt, 21,000 taluqdars had their estates confiscated and suddenly found themselves without a source of income, "unable to work, ashamed to beg, condemned to penury".

Question 1:Which battle is considered as the battle which gave initial power to the company?
Explanation

Beginning and Spread of the Revolt 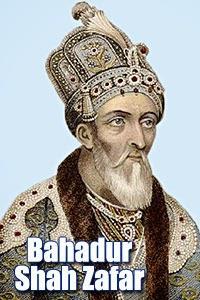 Question 2:Which of the following is the not the immediate cause for the revolt?
Explanation

Suppression of the Revolt

Why the Revolt Failed?

Hindu-Muslim Unity Factor
Question 3:Which of the following personalities did not fight in 1857 revolt?
Explanation

Nature of the Revolt

Consequences
Question 4:Which of the following is incorrect with respect to failure of the 1857 revolt?
Explanation

Significance of the Revolt