The document State of System, Thermodynamic Processes and Internal Energy Class 11 Notes | EduRev is a part of the Class 11 Course Chemistry for JEE.
All you need of Class 11 at this link: Class 11

(ii) Adiabatic Process: A process during which no heat is exchanged between the system and the surroundings is called adiabatic process.i.e. dq = 0

(iii) Isobaric Process: A process in which pressure of the system remains constant is called isobaric process.i.e. ΔP = 0

(iv) Isochoric Process: A process in which volume of the system remains constant is called isochoric process.i.e. ΔV = 0 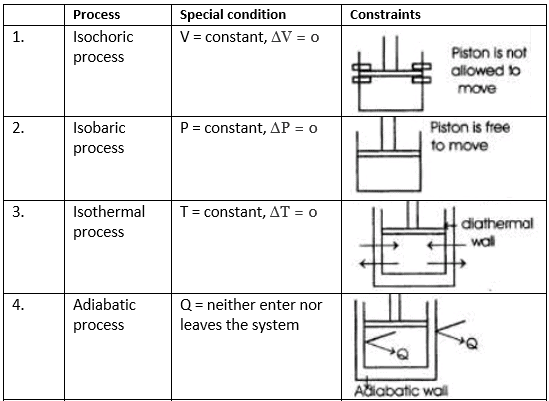 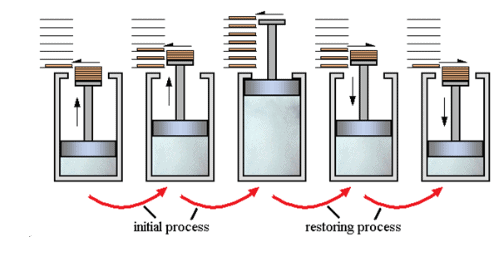 Irreversible process: The process which cannot be reversed and amount of energy increases. All natural processes are Irreversible.

COMPARISON BETWEEN REVERSIBLE AND IRREVERSIBLE PROCESSES INTERNAL ENERGY (E OR U)