The document Temperature Belts Notes | EduRev is a part of the UPSC Course Geography for UPSC CSE.
All you need of UPSC at this link: UPSC

The heating and cooling of the atmosphere are accomplished through direct solar radiation and the transfer of energy from the earth through conduction, convection, and radiation.

Temperature belts of the world

The three major heat zones of the Earth are

These are based on the distance they have from the Equator. This is the hottest zone of the Earth. The region that lies from the Tropic of Cancer (23.5°N), across Equator (0°) to the Tropic of Capricorn (23.5°S) is considered the torrid zone (Tropical Zone). The Sun’s ray falls directly at least once a year.

This is the habitable heat zone of the Earth. There are two temperate zones lie in between in both 23½° to 66½° the hemisphere. These regions have moderate, tolerable temperatures.

This is the coldest zone of the Earth. This area lies to the north of the Arctic circle (66.6°N) and the south of the Antarctic circle (66.5°S) and is permanently frozen. There is no sunlight for most of the months is of the year in this zone.

➤ Importance of the Heat Zones

This division of the Earth into different heat zones helps understand climate changes and study weather conditions across the world.

For this is the surface of the earth’s part is curved. As a result, the sun‘s vertical ray strikes different earth surface parts at different angles. At the equator, the vertical rays hit the earth’s surface at an angle of 90◦ (angle of incidence) towards the poles. Sunspots created on the outer surface due to periodic disturbance and explosions. The number of sunspots varies from year to year. Its cycle is completed in 11 years. The energy radiated from the sun increases when the number of sunspots increases and therefore, the amount of insolation received by the earth’s surface is also increasing. 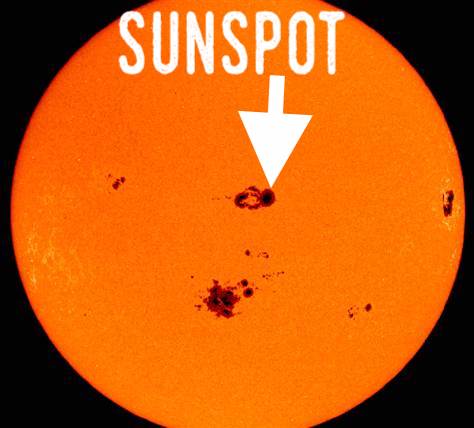 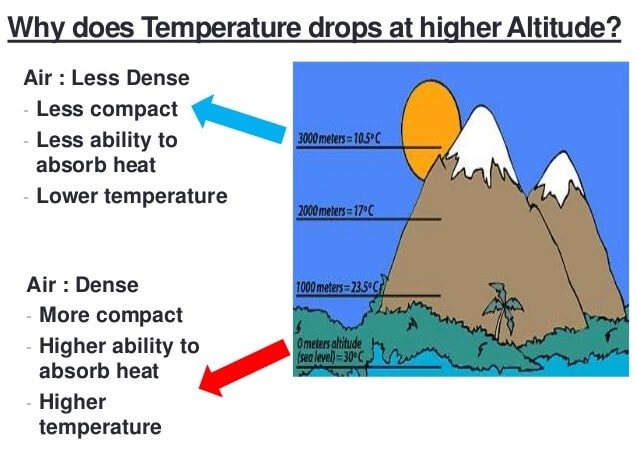 ➤ Distance from the Sea The Inter-Tropical Convergence Zone (ITCZ) is a broad trough of low pressure in equatorial latitudes. This is where the northeast and the southeast trade winds converge. This convergence zone lies more or less parallel to the equator but moves north or south with the sun's apparent movement. 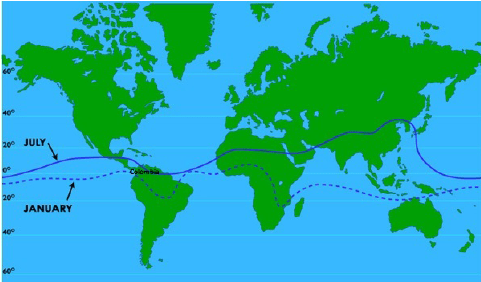 We know that the Earth reaches perihelion (the minimum distance from the Sun in its orbit) in early January and is at aphelion (maximum distance) in early July. During the winter season of the respective hemispheres, the sun's rays' angle of incidence is low in the tropics. Therefore, the average annual temperature of the tropical regions is lower than the observed near the equator, as the change in the angle of incidence is minimum at the equator.

The thermal equator shifts towards the north and south with the north-south shift in the position of vertical rays of the sun. However, the annual average position of the Thermal equator is 5° N latitude. The reason is that the highest mean annual temperature shifts towards northwards during the summer solstice to a much greater extent than it does towards the south at the winter solstice.