Mains: GS 2Sub Topic: India and its Neighborhood- Relations.ContextUsing the defence forces as a shield may be politically profitable for the government but is damaging for India Key particularsArmed forces as the cover(i) If stark political divisions over this issue exacerbate, it could draw the military even deeper into the political slugfest, a situation best avoided.(ii) Peter D. Feaver’s research shows that linking the prestige of the military to debatable political decisions, as the government has attempted, carries with it the potential for reduced overall public confidence in the military and increased doubts about the military’s competence, truthfulness, and other dimensions of trustworthiness.Wanted, official information(i) The lack of official information about the crisis has been damaging in other ways too. (ii) Not only are people uninformed; they are also misinformed by the gunghojingoistic,hyper nationalist Commentators and journalists who have hyped up the Indian military and diplomatic capabilities.(iii) Their desire to believe the most exaggerated version of events showing India in the greatest light has put more pressure on this muscular government which cannot afford to be seen as weak.(iv) The gravest warning of keeping the people in the dark comes from neighbouring Pakistan — on the day its armed forces surrendered to India in Dhaka on December 1971, the Pakistani media was running reports of a glorious military win.(v) A more honest dissemination of information prevents such situations from developing, which can have damaging consequences for the country going forward.(vi) India is facing a grave crisis on its borders which shows no sign of ending.(vii) As an issue in the middle of a raging novel coronavirus pandemic and a plummeting economy, it needs a ‘whole of government’ approach directly under the visible leadership of the Prime Minister.(viii) But the government seems shy of taking ownership of the crisis, instead of placing the armed forces as the public face of the challenge.(ix) Having the uniform as a shield to avoid democratic accountability may be politically profitable for the government but it carries the risk of aggravating the crisis and hurting India.

News: The future of GST hangs in the balance

Mains: GS 3Sub Topic: Indian Economy and issues relating to Planning, Mobilization of Resources, Growth, Development and Employment.ContextIn the context of a meeting of the Goods and Services Tax (GST) Council. 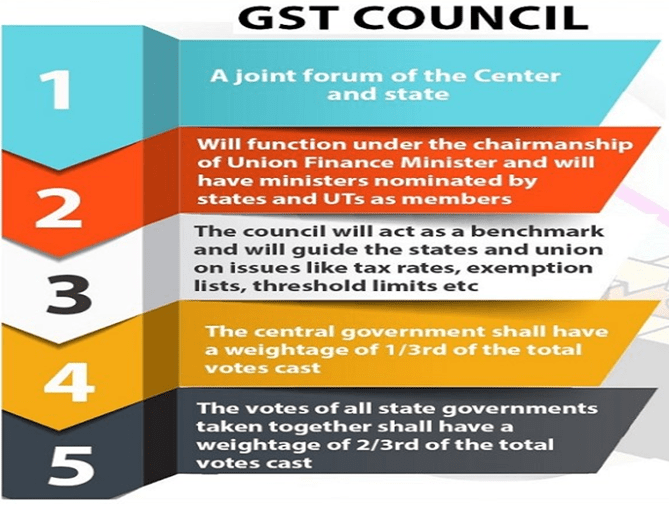 Key particulars(i) In 2017, the Centre made a promise to the States that a certain minimum amount of GST revenues will be guaranteed to every State for every year until 2022. GST was born in the cradle of this promise and hailed as a harbinger of ‘cooperative federalism’.(ii) Now, there is not enough money in the GST kitty for the Centre to honour this obligation. The Centre has therefore proposed that the States should borrow money to bridge this gap and that it will act as a guarantor to facilitate this borrowing.(iii) Many States have accepted this proposal while many others have rejected it and implored the Centre to borrow. There is a bitter standoff between the Centre and these protesting States.(iv) The GST Council has 31 States and Union Territories represented. The Council was set up in 2017 as a new financial institution with the enormous economic responsibility of directing policy for half of all tax revenues of the country.(v) Sadly, this vital institution, like many others, has dwindled rapidly into yet another avenue for political power play.(vi) The 11 States that have opposed the Centre’s plan are all governed by the Opposition. The 11 opposing States account for a greater share of overall GST revenues than the 20 supporting States.(vii) But it does not matter since every State, large or small, has equal weight in the GST Council. Twelve votes can veto a proposal in the GST council.(viii) Each State’s economic realities are distinct. Just four States — Maharashtra, Gujarat, Tamil Nadu and Karnataka — account for nearly as much GST tax revenues as the remaining 27 States and Union Territories combined.(ix) State fiscal policies are complex matters and cannot be decided through a ‘high command whip’.(x) The GST compensation imbroglio has exposed the shallow rhetoric of ‘cooperative federalism’ and exacerbated the politicization of the GST Council.Alternative revenue sources(i) Economic logic suggests that the Centre, and not the States, is best positioned to raise additional resources to bridge the GST compensation gap.(ii) State governments don’t have the powers to levy direct taxes or indirect taxes to earn additional revenues. A State’s finances are not in the hands of the State government any more.(iii) In these dire economic conditions, the Centre has many more avenues to raise additional resources than the States. A combination of additional revenues and borrowing by the Centre can help resolve the GST compensation issue amicably.

Mains: GS 2Sub Topic: Welfare Schemes for Vulnerable Sections of the population by the Centre and States and the Performance of these Schemes; Mechanisms, Laws, Institutions and Bodies constituted for the Protection and Betterment of these Vulnerable Sections.ContextThe national child rights body seems to be deriving its priorities from the political agenda of the dayNCPCR(i) The National Commission for Protection of Child Rights (NCPCR) was set up in March 2007 under the Commission for Protection of Child Rights Act, 2005, an Act of Parliament (December 2005).(ii) The Commission's Mandate is to ensure that all Laws, Policies, Programmes, and Administrative Mechanisms are in consonance with the Child Rights perspective as enshrined in the Constitution of India and also the UN Convention on the Rights of the Child.(iii) The Child is defined as a person in the 0 to 18 years age group. 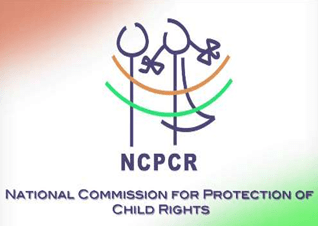 Key particularsThe National Commission for Protection of Child Rights (NCPCR) is the apex body for upholding, monitoring and facilitating child rights in the country.Major concerns(i) Amongst its significant powers and duties, the NCPCR has been specifically charged with the monitoring of Child Care Institutions (CCIs) and was instructed to carry out a social audit of the same by the Supreme Court.(ii) The social audit was initiated in 2015 and upon its completion, the NCPCR, in its wisdom, directed District Magistrates in eight States to ensure that all children within CCIs be deinstitutionalised, repatriated and rehabilitated within a specified period.(iii) Civil society organisations have raised several obvious concerns about this, especially because most of these children are in CCIs due to abusive conditions in the family, and a mandated repatriation without an adequate casebycase assessment plan within a short period of time would likely place the children again at grave risk of abuse, exploitation and neglect.(iv) They also point to the sheer inadequacy of current systems to organise adoption and foster careA lot to be done(i) The pandemic has exacerbated existing issues of child malnutrition, child labour, child abuse, child marriage and mental illness.(ii) We would have expected the NCPCR to exhibit its priorities better by taking suo motu cognizance of the rape and murder of a 14year old girl in Bhadohi in Uttar Pradesh, to make a test case of the lack of systems to fight crimes against children instead of moving to undermine and dismantle whatever little does exist for their protection.

Mains: GS 2Sub Topic: India and its Neighborhood- Relations.ContextChinese President Xi Jinping said he stands ready with Bangladesh leaders to better align the two countries’ strategies and jointly promote the construction of his multibillion dollar Belt and Road Initiative (BRI) to take the strategic partnership of the two countries to new heights. 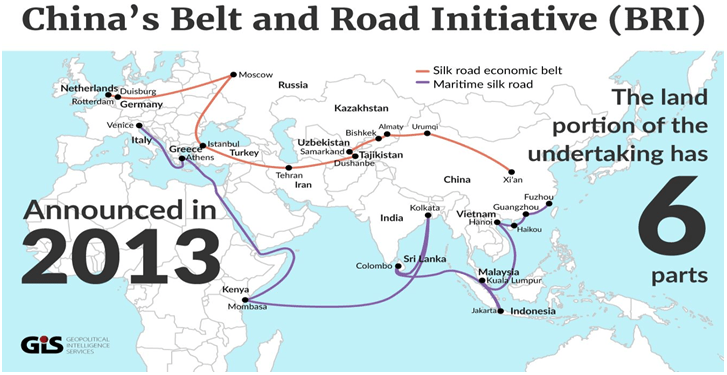 Key particulars(i) In his message, Mr. Xi hailed the steady and longterm friendship, saying he is ready to work with Mr. Hamid to better align development strategies with Bangladesh, step up cooperation under the framework of the BRI and push forward the China Bangladesh strategic, cooperative partnership to a new level, official media reported.(ii) With over $26 billion Chinese investments and $38 billion dollars funding commitments, Bangladesh is one  of the largest recipients of China’s massive infrastructure project.(iii) China has also offered zerotariff treatment to 97% of Bangladesh’s exports by adding 5,161 more items to the existing list of 3,095 duty free products.(iv) The BRI seeks to build rail, maritime and road links from Asia to Europe and Africa in a revival of ancient Silk Road trading routes.India’s concerns(i) The BRI has been a major bone of contention between India and China as one portion of the corridor passes through Pakistan occupied Kashmir.(ii) Besides Pakistan, where China initiated over $60 billion as part of the China Pakistan Economic Corridor (CPEC), China has stepped up its huge infrastructure investments in Bangladesh, Nepal, Sri Lanka and Maldives rising concerns of its growing influence in India’s immediate neighbourhood.Debt-diplomacy’(i) The initiative has, however, attracted allegations, especially from the U.S., of debt diplomacy after Sri Lanka handed over its Hambantota Port to a staterun Chinese firm in 2017 for a 99 years’ lease in a debt swap amounting to $1.2 billion.(ii) Malaysia has also deferred several projects under the BRI, citing cost revaluation