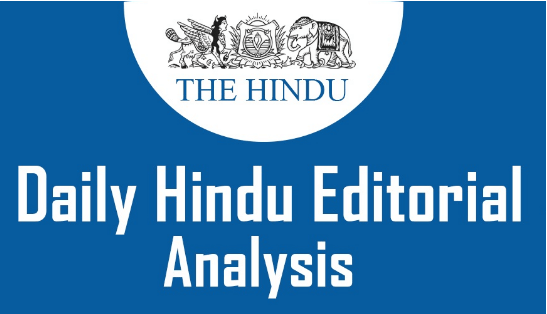 ContextThe U.S.’s decision to cut troops in Iraq is both a relief and a challenge to the Iraqi government. 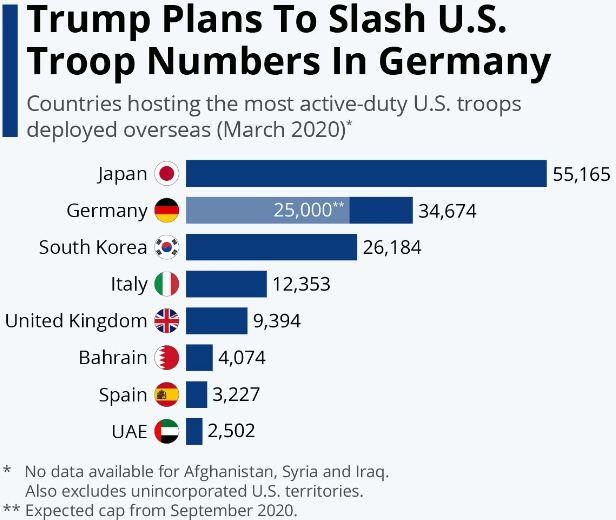 Withdrawl(i) It is a relief because public opinion in Iraq is increasingly against the continuing presence of U.S. troops in the country, particularly after the assassination of Iranian General Qassem Soleimani in Baghdad in January.(ii) Iraqi lawmakers passed a non-binding resolution after the assassination, asking the government to oust the Americans.(iii) The new government of Prime Minister Mustafa al-Kadhimi has stated that it does not want U.S. troops in combat operations.(iv) But he has asked for training services and other assistance.(v) Now that the U.S. is cutting troops from 5,200 to 3,000, Mr. Kadhimi could argue that his government is committed to seeing the full withdrawal of the U.S. troops.(vi) It is a challenge because the U.S. troops had played a key role in the war against the Islamic State (IS), and with the drawdown, the Iraqi forces would have to share a greater burden in the fight against jihadists.(vii) The American political leadership has long wanted to pull troops out of Iraq.(viii) President Barack Obama had set a timetable for the pull back and withdrew most troops by 2011, but he had to send thousands of soldiers back to Iraq after the rise of the IS.(ix) President Trump promised to end the “endless wars” during his campaign.(x) Now that the IS has been driven out of the major population centres of Iraq, he could claim victory and draw down troops.Local Factors(i) While the U.S.’s decision is part of the Trump administration’s larger policy of bringing back American troops home, the local factors cannot be overlooked.(ii) The U.S. found it increasingly difficult to station a large number of troops in Iraq.(iii) At the height of the war, the U.S. had over 1,50,000 troops in Iraq. But in recent years, it found stationing even 10,000 troops risky.(iv) This is partly because of the hostile(risky) political environment and partly due to the growing influence of Iran and Shia militias in Iraq.(v) In January, the U.S. killed Soleimani after Shia militias attacked American troops.(vi) Iran retaliated by launching ballistic missile attacks on a U.S. air base in Iraq, injuring some 100 American soldiers, while the Shia militias continued attacking U.S. troops.(vii) In March, three of the coalition troops, two of them Americans, were killed in such an attack.(viii) Since then, the U.S. has repositioned troops, and the drawdown will reduce risks of such confrontations in the future.(ix) While the Americans leave, the Iraqi government should be careful of not letting any security vacuum being filled by jihadist groups.(x) Though the IS has been driven underground, at least 10,000 IS fighters are still active in Iraq, according to UN assessments.(xi) The sectarian policies of the Nouri Al-Maliki government, coupled with the security vacuum left by the U.S. withdrawal in 2011, allowed Al-Qaeda in Iraq.(xii) The Iraqi government should not allow history to repeat itself.ConclusionJihadist groups should not be allowed to fill security vacuum(gap) after American troops leave.2. AN AGRICULTURE-LED REVIVAL AS FLAWED CLAIM-

ContextA rather confident statement heard in the midst of India’s COVID-19-induced economic slowdown is this: “Agriculture will lead India’s economic revival”.But how valid is this claim put forward by government spokespersons and some observers? 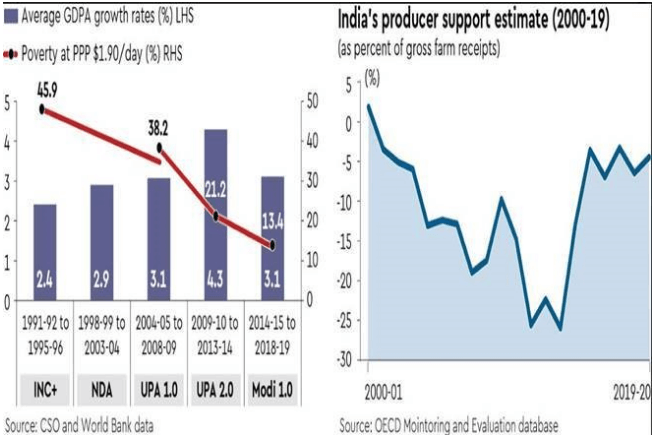 Arguments(i) Four major arguments are offered. First, India’s food grain production in 2019-20 was 3.7% higher than in 2018-19.(ii) The procurement(purchase) of rabi wheat in 2020-21 was 12.6% higher than in 2019-20. These indicate, it is argued, resilience(flexibility) in the agricultural sector.(iii) Second, food inflation in the Q1 of 2020-21, at 9.2%, was higher than in the previous year due to “sustained demand for food”. This shows a shift of terms of trade in favour of agriculture.(iv) Third, the area under kharif sowing in 2020-21 was 14% higher than in 2019-20.(v) Higher kharif sowing was accompanied by higher tractor and fertilizer sales, which bodes well for economic recovery.(vi) Fourth, the government’s economic package for agriculture — as part of the ₹20-lakh crore Atmanirbhar Bharat package — will further position agriculture as the engine of revival.(vii) Let us now consider each of the above claims. 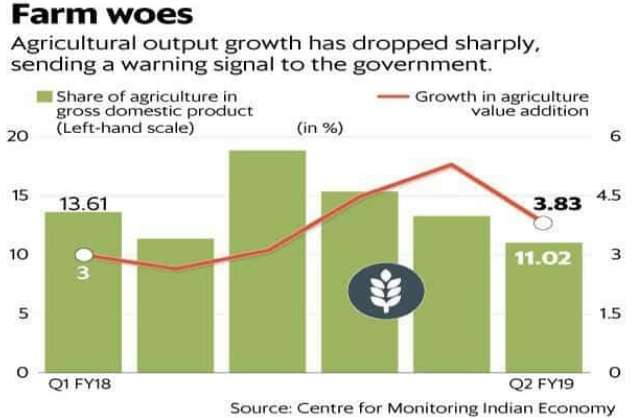 Context(i) Compiling data on the number of samples tested for COVID-19 and the total number of positive cases recorded till date in India is a complex process.(ii) Data from Telangana and Tripura and the Indian Council of Medical Research’s daily bulletin are released only the next morning.(iii) The data help us track the response of the States to the pandemic, and are used as part of the State tracker on COVID-19 on The Hindu’s website as well as to churn out data stories for print.(iv) It was clear that testing was crucial in identifying and isolating those who were infected, to control the spread of the virus.(v) Hence, it became necessary to track how States fared on the testing front. But this was not easy. 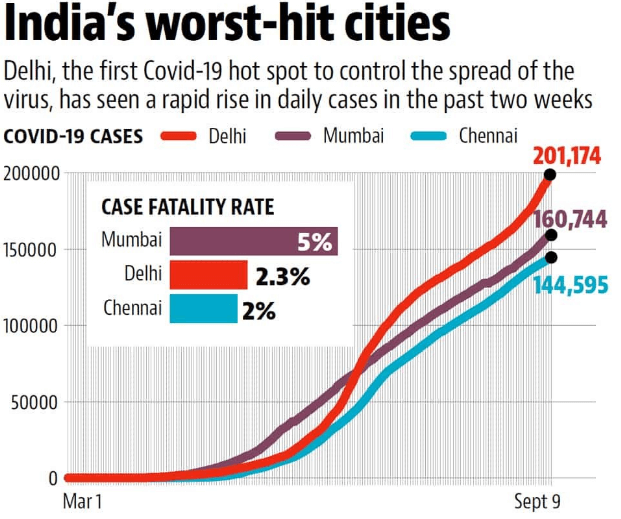 No Standard Format(i) The initial struggle was to identify the online sources. States disseminated(shared) data in about different ways.(ii) While most States today have a dedicated web portal for COVID-19 where bulletins are issued, is it frustrating that there is no standard format for publication of data.(iii) There are differences in the details provided by the States too.(iv) For example, when the Delhi government was questioned by the Delhi High Court for using very few RT-PCR tests and ramping up(increasing) rapid antigen detection tests, we decided to do a story.(v) Our aim was to record the share of antigen tests across States to check whether they exceeded the number of RT-PCR tests.(vi) We found that only some States published data on the different tests being conducted.(vii) We had to contend with data from these States even though most have taken recourse(help) to rapid antigen testing lately.District Wise Data(i) While ICMR publishes only bare-bones(essential part) information on testing, the Union Health Ministry’s data publications too leave a lot to be desired.(ii) The Health Ministry website had district-wise data on cases and deaths. However, the data was in a state of disarray.(iii) There was no time stamp on the data. Nor were the numbers archived, which meant we had to use Internet archival tools to access the previous day’s data.(iv) We also found data with errors (different district spellings, States having cases not attributed to any district, etc.).(v) District-wise data have now been removed from the Ministry website.Conclusion(i) If we are to tackle this pandemic effectively, information is the key. Administrations should strive to be transparent.(ii) A standard set of guidelines which explain the kind of information given should govern bulletins which are published at the State level.(iii) This is bound to benefit not just citizens but epidemiologists and health experts whose research will help us find the means to end this pandemic.