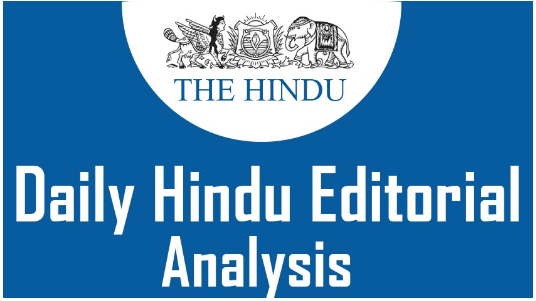 ContextThe Supreme Court has struck a blow for personal liberty, granting interim bail to television anchor Arnab Goswami through an order that one wished was also passed in the case of many others incarcerated(jailed) without sufficient cause, and with the same priority, consideration and speed.

Understatndibg the Procedure of Bail Bond

Bail Process(i) The arrest of the supporter of the ruling party at the Centre by a regime in Maharashtra opposed to it did seem an unwanted exercise in law.(ii) The accusation that Mr. Goswami and two others abetted(forced) the suicide of an interior designer by denying him payments due to him was indeed something that could have been investigated and prosecuted, if evidence was found, without arresting them.(iii) It was always a good case for bail. However, it is not clear why the court did not allow the regular bail process to pave the way for their freedom.(iv) Mr. Goswami rushed to the Bombay High Court even before the Sessions Court could hear the matter.(v) The High Court cannot be faulted for rejecting his bail request, as he had an effective alternative remedy in the form of a regular bail petition before the lower court.(vi) It is quite common for superior courts to ask remand petitioners to exhaust their remedy before lower courts first.(vii) Even those arrests in which political vendetta(revenge) or misuse of power is quite demonstrable, the Supreme Court has granted bail only after courts below had dismissed them on merits.

Overriding Regular Bail Hearings(i) In Mr. Goswami’s case, the Sessions Court was due to hear his bail petition around the same time the matter was before the High Court.(ii) Therefore, it is somewhat strange that the petition was posted immediately for hearing and that interim bail, pending a reasoned judgment, should be granted on the same day.(iii) Further, Justice D.Y. Chandrachud’s observation, “If we don’t interfere in this case today, we will walk on a path of destruction,” seems out of place in a case that clearly does not relate to Mr. Goswami’s journalistic work.(iv) Surely, a scrutiny(examination) of why such consideration or sympathy has not been shown for others held mainly for their political beliefs or journalistic work is warranted.(v) It is no idle whataboutery(counter-accusation) to point out that it was only recently that the apex court turned down a petition for bail on medical grounds for lawyer-activist Sudha Bharadwaj to the High Court with a gratuitous observation, “You have a good case on merits. Why don’t you file a regular bail application?”(vi) One hopes the detailed judgment would shed light on the circumstances in which the Supreme Court can override regular bail hearings in lower courts; and on whether it is expected that magistrates and sessions judges should also grant same-day interim bail in appropriate cases.

Conclusion(i) The Court’s recent record of evading(avoiding) and postponing hearing on many matters concerning fundamental rights and constitutional questions that affect the rights of large sections of society is a veritable story of judicial abdication(failing to do duty).(ii) It is somewhat galling(annoying) to note that its gladiatorial(intense) zeal for personal liberty is demonstrated in so selective a manner.(iii) Instant protection of personal liberty must be the norm, and not dished out on priority basis.2. MEDIA REGULATION THAT IS QUITE OVER THE TOP-

Context(i) The government’s move bringing online news and current affairs portals along with “films and audio-visual programmes made available by online content providers” under the Ministry of Information and Broadcasting is as brazen(bold) as it is wily(clever).(ii) Brazen, because this is an attack on the free press, targeted at a section that has been bold and forthright in speaking truth to power.(iii) Brazen, because this comes from a party, many of whose leaders’ claim to fame is that they were in the vanguard(protection) of the JP movement and fought the attack on the press during the Emergency under Indira Gandhi.(iv) And now they themselves set out to make the media institutionally captive.

Making The Press Unfree(i) It neatly hijacks matters before the Supreme Court of India relating to freedom of the press and freedom of expression to arm the executive with control over the free press, thereby essentially making it unfree.(ii) The instant case is that relating to Sudarshan News, in which hate speech is being disingenuously(dishonestly) sought to be passed off as freedom of the press.(iii) The government’s initial response was to ask the Court to look at regulating digital media rather than the mainstream TV channels.(iv) So the case itself has become tricky — if a TV channel indulging in hate speech is to be brought to book, it must be at the cost of regulating the media.(v) And regulation — other than self-regulation — is nothing but censorship.(vi) In fact the excuse given by the government for this annexation of the digital media by the Ministry of Information and Broadcasting is that the self-regulation proposals given by the sector were not satisfactory.(vii) It, similarly, also hijacks another public interest litigation in the Supreme Court relating to content on “Over The Top” (OTT) platforms not being subject to regulation or official oversight to bring that sector too under the Ministry of Information and Broadcasting.

Court As Alibi(i) In other words, what we are seeing is these cases before the judiciary being made an excuse, and the august institution itself being made an unwitting alibi(excuse), to erode freedom of the press and freedom of expression, which are a fundamental right and a basic feature of the Constitution that no executive or legislature can tamper(play) with or nullify.(ii) It seeks to divide and rule the press by creating an artificial distinction between the new-age digital media (the stand-alone news portals which are already struggling to stay afloat) — which is the media of the future, the media of the millennial generation — and the older print and TV news media.(iii) The explanation that the print media have the oversight of the Press Council of India and the TV media of the News Broadcasters Association (NBA), and therefore the digital media needed a regulatory framework — no less than that of the Ministry of Information and Broadcasting — is both lame(silly) and laughable.(iv) Because, first of all, there is no comparison between the Press Council of India and the NBA as professional bodies on the one hand and the Ministry of Information and Broadcasting on the other.(v) We know, for instance, how independent and free news on Doordarshan and All India Radio is even under the so-called autonomous corporation, Prasar Bharati.

Fate Of Digital Media(i) The fate of the digital media under the control of the Ministry of Information and Broadcasting leaves little scope for hope, and dooms(harms) the sector for both the media practitioner and the media entrepreneur and for the startups that have been the new vibrant face of contemporary journalism.(ii) The move is tantamount(equal) to harming combative journalism. It makes our democracy the poorer for it.(iii) This move must be seen for what it is — politically and morally decrepit(weak) — and must be legally challenged as unconstitutional and autocratic.(iv) One cannot resist wondering whether, at this rate, the government will next bring the social media under the Ministry of Information and Broadcasting. Where does one stop stopping free speech?