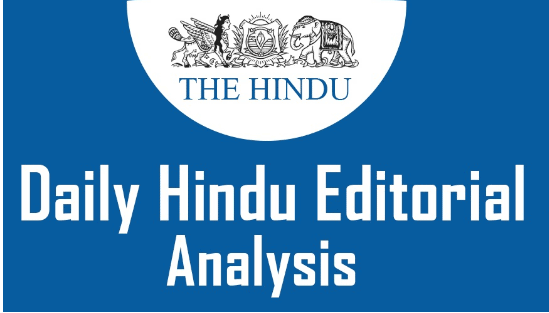 GS 3- Awareness in the fields of Space

Context(i) Venus, the hottest planet in the solar system, has not enjoyed as much recent attention as Mars, as far as space missions are concerned.(ii) With surface temperatures of above 460° Celsius that can melt even a metal like lead, and a heavy atmosphere of carbon dioxide, the planet was considered hostile(harm) to life.(iii) This despite its being similar in size to the Earth and rocky, so much so that it is often called the Earth’s “sister planet”. 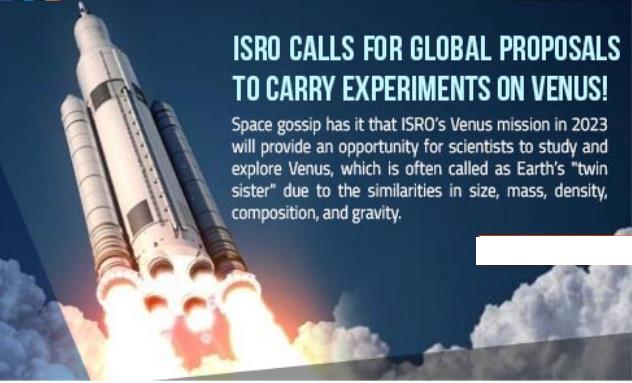 Shot In The Arm(i) There was some excitement when the European Space Agency’s mission, Venus Express, found signs of ozone, made of three oxygen atoms and considered a biomarker, in the upper atmosphere of Venus, in 2011.(ii) But the recent discovery of traces of phosphine, another biomarker, in its atmosphere has just given the search for extraterrestrial(outside earth) life a shot in the arm(encouragement).(iii) Phosphine, a compound of one phosphorous atom and three hydrogen atoms, is given out by some microbes during biochemical processes.(iv) In an atmosphere rich in carbon dioxide, it is likely to get destroyed soon.(v) However, the researchers estimate that phosphine forms about 20 parts per billion of Venus’s atmosphere.(vi) This fact, when added to the hostile conditions on its surface, yields tantalising(exciting) possibilities — of phosphine’s survival through extraordinary chemistry and thermodynamics or the stubborn triumph of biology and life.Years Of Careful Study(i) This finding was the result of years of careful study by a team of international astronomers led by Jane S. Greaves of Cardiff University and was announced in a paper published in Nature Astronomy.(ii) Prof. Greaves first identified phosphine in Venus’s atmosphere in 2017, using the James Clerk Maxwell Telescope in Hawaii.(iii) Further study and precise observations using the Atacama Large Millimeter/sub-millimeter Array facility in Chile confirmed the suspicions of the researchers in 2019.(iv) The very caution exercised by the researchers in announcing the fact underlines the lack of knowledge about these systems and the need to make sure before celebrating the discovery of extraterrestrial life.(v) This can now only be taken further by making in situ measurements in the atmosphere of Venus. This poses its own challenges.(vi) Apart from the high surface temperature and dense atmosphere, the presence of sulphuric acid in the atmosphere of Venus makes it a highly corrosive environment.(vii) Perhaps flying at a height and sending down drones or balloons would be more feasible than a landing.Conclusion(i) Missions to Venus have been planned by NASA and ISRO. While NASA’s mission is slated for launch next year, ISRO is looking at 2023 right now.(ii) As is not uncommon in space missions, a spate of collaborations may well improve chances of efficiently probing the dense atmosphere of the planetary neighbour.(iii) International collaborations can help probe the dense atmosphere of Earth’s neighbour.2. AN ECONOMIC DISASTER FORETOLD-

Context(i) According to data released by the Ministry of Statistics and Programme Implementation of the Government of India on August 31, 2020, real quarterly GDP contracted by a whopping 23.9% between April-June 2019 and April-June 2020.(ii) This magnitude of real GDP decline is unprecedented(never happened before) since the country started publishing quarterly GDP estimates in 1996.(iii) This is an economic disaster, no doubt. But is a bigger one in the offing(coming years)?(iv) According to the Organisation for Economic Cooperation and Development, India’s real GDP contraction between April-June 2019 and April-June 2020 has been the largest among 13 large economies of the world.(v) China is the only country which saw a positive growth of 3.2% in that period.(vi) However, even that reported contraction of the Indian economy in all likelihood is an underestimate for reasons of omission of statistical information and commission of policies of insidious(harmful) intent. An Underestimated Disaster(i) The unorganised sector forms a significant part of the Indian economy.(ii) According to some estimates, it accounts for 45% of output and 93% of employment of the working population.(iii) While data collection methods have undoubtedly improved over time, coming up with reliable estimates of value added in the unorganised sector is challenging.(iv) They have become misleadingly unreliable due to the sudden shock of the lockdown imposed by the Central government to deal with the COVID-19 pandemic.(v) The lockdown has hit the unorganised sector disproportionately hard, as did the previous shock of demonetisation.(vi) We are told that employment in the last quarter has increased somewhat, but these are mostly self-employed persons who have now returned to the market place but earn far less because customers’ purchasing power has significantly declined.(vii) While they can technically be counted as being employed in terms of working time, they can only be considered grossly underemployed in terms of income earned.(viii) And this gap between employment and earnings is likely to grow without injection of massive purchasing power by the government directly into the unorganised sector.Can Agriculture Help?(i) The sectoral pattern of real GDP decline provides important information.(ii) The three sectors which contracted the most were construction (at -50.3%), trade, hotels, transport, communication and services related to broadcasting (at -47%) and manufacturing (at -39.3%).(iii) Large parts of the first two fall in the unorganised sector underlining(focussing) how the lockdown has disproportionately hit the non-agricultural unorganised sector.(iv) The only sector which did not contract was agriculture, and that was because of a good monsoon year.(v) It grew between April-June 2019 and April-June 2020 at 3.4%. However, in the present circumstances, agricultural growth will not help much in economic recovery.(vi) Agricultural output has risen, but agricultural income will not rise correspondingly due to the same lack of purchasing power in the unorganised sector for buying agricultural products.(vii) We are likely to face again, perhaps on a bigger scale, the same obscene(shocking) situation of foodgrains piling up while millions go hungry.A Still Bleaker Future(i) India’s economic woes did not start with the pandemic. Its economy has been slowing down for the last couple of years.(ii) The year-on-year change in real GDP for the economy shows that the growth rate of quarterly real GDP has been slowing down at least since the fourth quarter of 2017, declining from 7.6% in Q4 2017 to 3.3% in Q1 2020.(iii) Ill-conceived measures of the Central government have harmed the economy. In November 2016, demonetisation provided the first negative shock.(iv) The second one, in the form of the Goods and Services Tax in July 2017, came even before the economy had time to recover from the first shock.(v) All this played out on the canvas of an economy where financial fragility(weakness) was increasing due to unaddressed problems in the banking sector.(vi) Increasing financial fragility coupled with negative policy shocks halted the trajectory of rising growth, and the lockdown has sent the patient who was already ailing into a coma.(vii) Can the economy recover in the foreseeable future? In theory, yes, but in practical terms, no. The reason?(viii) The government is not interested in averting(preventing) an economic crisis for the poor.(ix) It is interested in ensuring that the handful of its industrialist friends do well irrespective of the state of the economy. And by all accounts they are doing well.(x) Mukesh Ambani, who has now become the fourth richest person in the world, is only growing richer by the day; Adani too is progressing at a highly satisfactory rate, monopolising airport development.(xi) This rosy picture should not be spoiled by irrelevant facts like a 23.9%% contraction of the real economy. 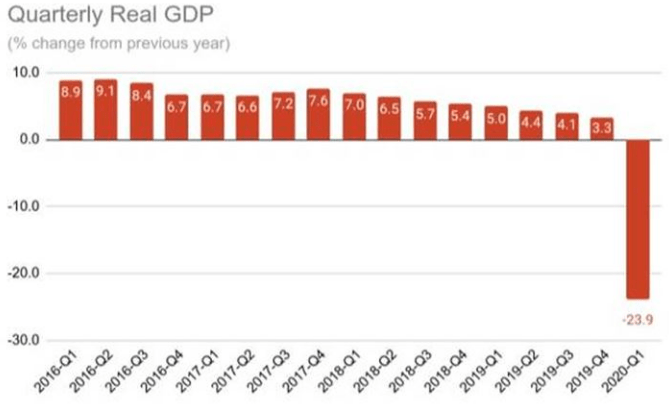 Conclusion(i) And of course, more of the same is likely to come — not to transform but to strengthen this reality.(ii) The government has just declared in Parliament that it cannot pay compensation to the families of those migrant workers who died because it does not have the relevant data.(iii) Isn’t a bigger crisis in the offing(coming)?3. PARLIAMENT AND ITS PANELS-

GS 2- Parliament and State Legislatures – structure, functioning, conduct of business, powers & privileges and issues arising out of these

Context(i) The Department-related Parliamentary Standing Committees have a so-called tenure of one year.(ii) There was speculation in the media that the Chairman of the Rajya Sabha, M. Venkaiah Naidu, is keen on amending the rules to give them a fixed tenure of two years.(iii) However, since these are joint committees of the two Houses of Parliament, the Speaker of the Lok Sabha also has to concur(agree).