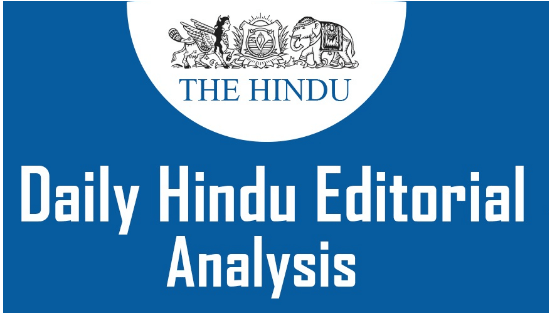 Context(i) Russia’s candidate vaccine for COVID-19 appears to have found a midwife in India.(ii) The Russian Direct Investment Fund (RDIF), which is piloting the Sputnik V vaccine, has announced a partnership with the Hyderabad-based Dr. Reddy’s Laboratories to conduct a Phase-3 trial, or large multi-location human trials here. Pre-Approval(i) Were the candidate vaccine, developed by Russia’s Gamaleya, to prove safe and efficacious, the RDIF would supply 100 million doses through its partnership with Dr. Reddy’s Laboratories.(ii) However, there is no agreement to manufacture the vaccine here unlike the deal between the Serum Institute of India and the UK-based AstraZeneca, for the Oxford University-developed ChAdOx1 vaccine.(iii) Sputnik V is being developed as a two-dose vaccine on a human adenovirus vaccine platform.(iv) Several vaccines that are in development are also being deployed on similar platforms, and the evidence so far is that none of these has been commercially approved for use in humans though there is an experimental vaccine for Ebola.(v) Results of the Phase-1 and Phase-2 trials of the vaccine, published in The Lancet, suggest that the evidence so far is that it has proven safe and efficacious enough to progress to the next stage of trials.(vi) Controversially, Sputnik V has been granted a pre-approval by Russia’s regulators even before Phase-3 trials have been completed.Political Pressure(i) There is immense political pressure globally on regulatory agencies to get a vaccine out at the earliest.(ii) Thus, it is incumbent(duty) on a company conducting such trials to be particularly vigilant(careful) that all good practices and necessary protocols are scrupulously(principally) followed.(iii) It is well acknowledged that two-thirds of the most common vaccines produced globally are made in India.(iv) The Serum Institute has committed to producing 100 million doses of its vaccine for India and other ‘Low and Middle Income Countries’ at less than $3 per dose.(v) Reportedly, half of these are for India. All in all, there seems to be a guarantee for only about 150 million doses for India, which given the country’s population is minuscule.(vi) All of this of course does not account for the vaccines that are being indigenously developed in India.(vii) Covaxin, by Bharat Biotech, based on a strain sourced from the Indian Council of Medical Research, and ZyCov-D, the plasmid DNA-vaccine being developed by Zydus Cadilla.(viii) In Phase-2 trials now, both are being tested for their ability to produce a satisfactory immune response.(ix) India has the capabilities for vaccine manufacture, cold chain storage and distribution to ensure access to citizens — and the world — in reasonable time.(x) But it must not forget that vaccines must go through their inevitably long gestation to ensure that only those that are safe and efficacious make their way to the market.ConclusionIndia needs more than one vaccine, but all must come through their long gestation(development period).2. A PUSH FOR REFORM: ON UN REFORMS-

Context(i) As the United Nations commences the 75th session of the General Assembly, the need for internal reforms to suit the 21st century could not be starker.(ii) Volkan Bozkir, the Turkish diplomat and politician who is the incoming president of the UNGA, has voiced concern that the structure of the 15-member Security Council ought to be more democratic and representative. Long Overdue(i) But action has been long overdue on the demand, especially from the so-called Group of 4 (G4) countries — Brazil, Germany, India and Japan — which advocate a permanent seat for all of them.(ii) Meanwhile, the veto powers that the UNSC’s five permanent members enjoy is an anachronism(not belonging to time) in this age.(iii) This instrument is often wielded(displayed) as a blunt weapon to shore up their geopolitical interests, regardless of the disastrous consequences for the victims of armed conflict.(iv) The push for reform gathered momentum following the unilateral declaration of war by the United States and the United Kingdom, against Iraq, in 2003.(v) The General Assembly’s 122nd plenary meeting in 2008 decided to facilitate the reform process through the Inter-Governmental Negotiations framework (IGN) on equitable representation as well as expansion of the UNSC.(vi) Though the General Assembly’s adoption of a 2015 resolution to allow the IGN on the basis of a framework document generated some enthusiasm, it was dampened by the U.S., Russia and China being opposed to serious reform of the Council.(vii) The G4 bemoaned(discontent) earlier this year that the IGN process might have outlived its purpose given the absence of a negotiating document which alone could provide a structure to the deliberations.(viii) In any case, the exercise has been deferred in view of the COVID-19 pandemic.Unreflective(i) India’s election in June as a non-permanent member of the UNSC, obtaining 184 votes, was a diplomatic triumph(win), notwithstanding that it was the lone contestant for the Asia-Pacific seat.(ii) But in a sign of the difficulties ahead to achieve New Delhi’s ultimate objective, reforms to the UN figured no more than as part of a broader vision in the declaration to commemorate(celebrate) the organisation’s 75th anniversary.(iii) The political and economic architecture of the emerging global order that the allied powers shaped at the end of World War II has been altered since then.(iv) The UN remains unreflective of the current trajectory, especially in the strategic and economic arenas.(v) The multilateral framework now faces an unprecedented challenge — to fashion a collective response to humanity’s biggest problems, which include global warming and the pandemic.(vi) Paradoxically though, the post-war order faces an existential threat to its stability from the revival of nationalism across the globe, with some of the powers that enshrined common principles and rules willing to discard(reject) them.(vii) All countries must have the voice to influence policy.ConclusionThe UN must change to reflect the altered(changed) geopolitical realities in order to stay relevant.3. FOR THE WELFARE OF ANIMALS-

Context(i) For a country that claims adherence(follow) to ahimsa, India’s treatment of its animals betrays a moral failure.(ii) Over the past year alone, there have been reports of animals being subjected to sexual abuse, acid attacks, being thrown off rooftops, and being burnt alive.(iii) A major factor that enables such violence is an inept(incompetent) legal framework.(iv) The Prevention of Cruelty to Animals (PCA) Act, 1960 punishes the most serious forms of animal violence with a paltry fine of ₹50.(v) We’ve had amendment bills, social media campaigns and petitions before the Supreme Court seeking stricter punishment for animal abuse, but to no avail.(vi) However, this is not the only issue plaguing the PCA Act. Several other aspects of this legislation need reconsideration if India is to develop a meaningful animal rights regime. Classification Of Offences(i) Section 11 lists a series of offences, which vary from abandoning an animal to kicking it, mutilating it or killing it, and prescribes the same punishment for all these offences.(ii) Severe offences are treated on a par with less severe ones. This is a clear departure from established principles of penology.(iii) An amendment is required to grade the offences according to their severity, and specify punishments accordingly.(iv) Further, the more severe offences must be made cognizable(identifiable) and non-bailable.(v) At present, a majority of the offences under the Act are non-cognisable, which means the police cannot investigate the offence or arrest the accused without the permission of a Magistrate.(vi) This facilitates police inaction, and ensures that most culprits of animal abuse go scot free.(vii) The PCA Act creates a plethora(range) of exceptions which significantly dilute the protections available to animals.(viii) Though Section 11 criminalises several forms of animal cruelty, sub-section (3) carves out exceptions for animal husbandry procedures such as dehorning, castration(removal of testicles), nose-roping, and branding.(ix) The law does not provide any guidelines for these procedures. This allows individuals to resort to cruel methods.(x) Many farmers remove horns using hot irons, knives or wires. Nose-roping involves piercing the animal’s nasal septa using a thick, blunt needle.(xi) Branding is traditionally done by applying a hot iron directly to the animal’s skin to imprint an identification mark on its body.(xii) These procedures cause tremendous physical and psychological pain to animals.Viable Alternatives(i) On August 10, PETA (People for the Ethical Treatment of Animals) India moved the Delhi High Court seeking the enactment of proper regulations for such animal husbandry procedures.(ii) The petition suggests mandating the use of anesthetics prior to castration, and the replacement of cruel practices such as nose-roping with face halters and branding with radio frequency identification.(iii) Further, as opposed to dehorning cattle, it recommended that farmers breed hornless cattle.(iv) The exceptions in favour of animal husbandry practices need to be reconsidered as there are viable alternatives that would prevent animals from undergoing such trauma(pain and shock).(v) The PCA Act also suffers from ambiguity(confusion) in definition.(vi) The law was enacted to “prevent the infliction(harm) of unnecessary pain or suffering on animals”. However, this phrase is not defined anywhere in the Act.(vii) This is crucial because what constitutes “unnecessary” is entirely a matter of subjective assessment.(viii) In the absence of a clear statutory definition, we are leaving crucial questions of animal welfare to the subjective moral compass of judges.(ix) Given that the aim of law is to achieve a certain standard of objectivity, it is essential that the expression “unnecessary pain or suffering” be defined.Conclusion(i) The Constitution requires all citizens to “have compassion for living creatures”. We must seek to protect the most vulnerable among us.(ii) If this promise of the Constitution is to hold any value, our animal welfare laws need an overhaul(repair).

By continuing, I agree that I am at least 13 years old and have read and agree to the terms of service and privacy policy.
Why do I need to sign in?
EduRev is a knowledge-sharing community that depends on everyone being able to pitch in when they know something.
What do I get?
125,000
Videos & Docs
500
Courses
15,000
Tests
2.5 Mn
Study Partners
I have an EduRev Account   •   Sign Up with Email
© EduRev
Follow Us