ContextThe coming local body elections in Jammu and Kashmir could be an opportunity to open a new political dialogue in the Union Territory, particularly on the question of restoring its statehood. Panchayati Raj Elections(i) In the first democratic exercise since the Centre revoked(cancelled) J&K’s special status and reorganised it into two UTs in August 2019, Panchayati Raj elections are scheduled over eight phases beginning November 28.(ii) For the first time, this part of India will have the entire 73rd Constitutional Amendment coming into operation.(iii) In October, the UT administration amended the Panchayati Raj Act, providing for District Development Councils (DDC) in each district, and establishing the three-tier PR structure.(iv) Alongside the election of 280 DDC members, by-elections for around 12,000 panchayat seats and over 230 urban body seats will also take place.(v) Peaceful, participatory election in a troubled region can be the most forceful demonstration of the resilience of Indian democracy.(vi) It is for this reason that elections are a target for those who believe that only violence can achieve popular aspirations in Kashmir.(vii) Four JeM militants who were planning a terror attack in the Valley to disrupt the elections and sow chaos(disturbance) were neutralised last week.

Striving For A Meaningful Democracy(i) A violence-free election is necessary, but not sufficient for a vibrant democracy.(ii) The BJP’s strident(strict) political posturing, portraying(showing) all its political opponents as anti-national and separatist might be electorally useful for it in the Jammu region but is harmful for the national integration that it professes.(iii) When such statements come from the Home Minister of India, it is even more counterproductive.(iv) Choices before the people of J&K must not be framed as a binary of macabre(horrible) violence of Islamist separatism and dehumanising submission of their cultural identity to authoritarian ultranationalism.(v) There are other viable possibilities for J&K’s progressive, respectful and accommodative association with the rest of India, which preserve national integrity and honour the region’s identity.(vi) A coalition of regional parties including the PDP and the National Conference, once the BJP’s allies, and the CPI(M), under the banner of People’s Alliance for Gupkar Declaration, has made the restoration of J&K’s special status and its statehood central to its politics.(vii) The alliance leaders have complained about restrictions on their campaigning. The Congress, which was in touch with the alliance earlier, has now snapped(cut) its ties with it.

Conclusion(i) The government must encourage the widest voter participation, the clearest route to this being through an unrestrained and freewheeling campaign that mobilises and expresses the whole range of public opinion.(ii) All that might be said would not be acceptable or desirable. But meaningful dialogue is essential, and elections are the best way to open up peaceful possibilities.(iii) Elections in J&K can lead to participatory politics and meaningful dialogue.2. NO MINISTER, THE TRADE AGREEMENT PITCH IS FLAWED-

Context(i) India’s External Affairs Minister S. Jaishankar has presented an ill-considered take on India’s trade record in a ‘keynote’ speech delivered at a “dialogue” on November 16.(ii) The Minister believes that the economic growth that has accrued(coming) from globalisation is not a good enough outcome for India.(iii) An “honest” self-assessment of this trade and economic performance is necessary to show what costs India has paid for its economic success.(iv) That if globalisation, especially trade, is assessed in the broader context of its overall impact on society, the costs could be shown to have set off the gains considerably.(v) That one such cost is “de-industrialisation”. That “employment challenge” was created by trade. That trade agreements have made India “over-dependent on imports”.(vi) Let us fact check the Minister. A new paper by Shoumitro Chatterjee and Arvind Subramanian, ‘India’s Inward (Re)Turn: Is it Warranted? Will it Work?’ is instructive. 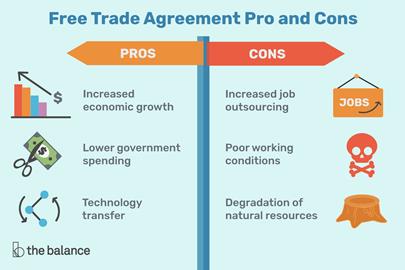 Export-Led Growth(i) The Minister gets it right when he says that trade has delivered high economic growth for the country.(ii) India’s record of export-led growth cannot be dismissed. Between 1995 and 2018, India’s overall export growth averaged 13.4% (in dollars) annually.(iii) This is the third best performance in the world among the top 50 exporters. It is nearly twice the world average growth and not far behind China’s growth of just over 15%.(iv) The Chatterjee-Subramanian paper also shows how much exports contributed to GDP growth in each of the three decades since the 1990s.(v) The Minister has a point when he says this performance represents only limited progress relative to India’s potential, and that this gap with the potential presents the real challenges.(vi) It is true that despite the evident success, India is not a big exporter on the global scale; its share of global manufacturing exports is only 1.7%, marginally less than Vietnam’s, at 1.75%. Strong Rupee’ Approach(i) But how much of the blame for India’s below-potential growth can be ascribed to trade agreements?(ii) This causation Mr. Jaishankar suggests is problematic. India’s exports growth has lost momentum in recent years.(iii) The Narendra Modi government’s “strong rupee” approach is among the chief causes that have been shown to have slowed down exports.(iv) The real effective exchange rate has appreciated by about 20% since 2014. This is not a subsidy given by other countries to their exporters. It is in fact a subsidy given by Mr. Modi’s government to the exporters of other countries.(v) If imports — such as of holidays and higher education overseas — have leapt, it is because the exchange rate has made them more affordable.(vi) Studies of trade agreements by NITI Aayog show that Indian exporters suffer logistics, compliance and transaction costs twice as high in other countries.(vii) This low ease of doing business relative to other exporting countries has further eroded the competitiveness of Indian exports.(viii) In sectoral causes, the damage to the reputational advantage of India’s pharmaceutical exports after malfeasance(wrong act) fraud was exposed at some manufacturers, has hurt exports. Those can also not be blamed on trade agreements.

On Manufacturing(i) The Minister does not get it quite as right on manufacturing. Between 1995 and 2018, India’s manufacturing exports (in dollars) grew on average by 12.1%, nearly twice the world average.(ii) This was the third-best performance in the world, surpassed only by China and Vietnam.(iii) Even during the years of slowing global trade post-2012, when world exports were virtually flat, India continued to gain global market share, its exports growing by about 3%.(iv) During this period, India’s manufacturing export growth ranked within the top 10 among the 50 major exporters.(v) Can this be characterised as “de-industrialisation” caused by trade?(vi) If India’s manufacturing sector finds itself in crisis since 2012, it is in large part because of policy errors inflicted(harmed) first by the Manmohan Singh-led government and then the one headed by Mr. Modi.(vii) Between fiscal years 2006 to 2012, manufacturing-sector GDP grew by an average of 9.5% per year.(viii) India’s trade openness was at its peak during these years of high growth that also overlaps with the period when the highest number of Indians in recorded history exited poverty.(ix) Then, over the next six years, manufacturing-sector GDP growth declined to 7.4%, coinciding with the phase of corruption scandals, a severe banking crisis, demonetisation and a badly designed Goods and Services Tax(GST) — none of which were consequences of trade agreements.

Mea In Lead Role(i) The paper by Chatterjee-Subramanian shows how openness to trade is in fact one of the few channels available to India for generating employment in the post-COVID-19 world, given that the financial positions of households, government and banks are too weak to support the economy.(ii) They calculate that after the 2008 global financial crisis, China vacated about $140 billion in exports in unskilled-labour intensive sectors, including apparel, clothing, leather and footwear.(iii) But India did not take advantage of the opportunity. India is exporting about $60 billion of low-skill exports annually less than it can if the underlying problems are addressed.(iv) The weakest case the Minister makes is on the employment challenge.(v) Probably because economic arguments are playing an ever-shrinking role in formulation of trade negotiating positions and growth strategies, with curtailed roles for the Departments of Economic Affairs and Commerce, and the Ministry of External Affairs taking over much of the economic diplomacy.

Deflecting The Blame(i) Trade openness versus import substitution is the one policy debate where policymakers need to look no further than India’s own pre-1991 experience of inferior, low-quality products on the one hand and low growth rates on the other.(ii) Great examples of how responsible globalisation can solve problems are the multiple COVID-19 vaccines being readied across the world. They are in fact India’s only hope of safeguarding the population.(iii) To denounce(criticise) trade openness and globalisation at this point is also poor timing.(iv) Mr. Jaishankar’s speech is a great candidate for a fact check of the sort done on U.S. President Donald Trump’s unfounded statements by the U.S. media.(v) But to explain it away as a poorly-researched and badly argued talk would be to miss the point of it completely.(vi) It serves to lend credibility to the anti-trade narrative invented by certain political outfits — on the Left and the Right — that have come to represent India’s worst economic insecurities.(vii) This is no ordinary member of Mr. Modi’s Cabinet speaking. By blaming trade agreements for “de-industrialisation”, Mr. Jaishankar seeks to deflect blame for the Modi government’s policy errors.

Conclusion(i) India’s switch to a “strong rupee” policy, in line with the Prime Minister’s pre-2014 election campaign, led to the surge in imports of goods and services preferred by non-rich Indians, and a measurable loss of competitiveness in labour-intensive exports.(ii) At the same time, the disadvantages Indian exporters have long struggled against — the substantially higher logistics and other costs — remain as burdensome. The speech is a purely political one.