1. TAKING ON THE CENTRE-

ContextPunjab’s efforts to enact State amendments to override the effects of the Centre’s new agriculture laws epitomise(signals) the difficulties in managing the conflict between liberalising the farm sector and protecting the small and marginal farmer from the agonies(pain) of the transition. Grave Risk(i) The issue also flags the consequences of not having a wide and informed debate before introducing far-reaching changes.(ii) Punjab has been the hub of the opposition to the Centre’s legislative exercise to change the basics of trade and commerce in agriculture.(iii) The Akali Dal, the main opposition in the State, eventually withdrew its Cabinet minister and later walked out of the NDA government at the Centre.(iv) Punjab argues that the central Acts would cause “grave(serious) detriment(risk) and prejudice(bias)” to agricultural communities.(v) The Bills cite an agriculture census of 2015-16 to argue that 86.2% of farmers own less than five acres — a majority of them less than two acres — and that with limited or no access to multiple markets, they would be handicapped while negotiating fair price contracts with private players.(vi) Making efforts to buy farm produce at less than the MSP or harassing farmers in a bid to persuade them to enter into such contracts have been sought to be made punishable offences, with a jail term of at least three years.(vii) The Bills also seek to overturn the Centre’s move to remove the fee on trade and transactions that take place outside markets functioning under APMCs.Legal Legitimacy(i) A key issue raised by Punjab’s proposed amendments is whether they are legally valid and where they stand in the teeth of(opposition) the Centre’s legislation.(ii) States can indeed amend central laws enacted under the Concurrent List, subject to the condition that provisions repugnant(inconsistent) to the parliamentary Acts will have to get the President’s assent, without which they do not come into force.(iii) The Punjab Bills note that agriculture is under the legislative domain on the States, as the subject falls under the State List in the Seventh Schedule.(iv) The Centre has enacted its farm sector Bills by invoking Entry 33(b) in the Concurrent List, which concerns trade and commerce in, and production, supply and distribution of, “foodstuffs”.(v) By stretching the entry’s meaning to include agriculture, Parliament has managed to pass laws in the domain of the States.(vi) In these circumstances, States aggrieved(hurt) by the farm sector laws will either have to go the Punjab way to adopt Bills that would require presidential assent, as Rajasthan has decided to do, or challenge the validity of the central laws in the Supreme Court, as Chhattisgarh is said to be considering.Conclusion(i) Whatever the outcome, clear from the groundswell of opposition across the country is that a cavalier and centralised approach to issues that affect millions of farmers ill-serves a diverse country.(ii) States aggrieved by central farm laws are adopting both legislative and legal measures.2. INDIA’S UN JOURNEY, FROM OUTLIER TO THE HIGH TABLE-

Context(i) The 75th anniversary of the founding of the United Nations (UN) is an opportunity to look at the major trends, patterns and future challenges as far as India is concerned in terms of safeguarding its interests and promoting common good.(ii) That the UN is indispensable(essential) is uncontested despite the clamour(urge) for reforms to strengthen its role.(iii) As PM Nehru once observed in his address to the UN General Assembly on December 20, 1956, “Of course, even if the United Nations did not do anything wonderful, the mere fact of the United Nations itself has been of great significance to the world....” 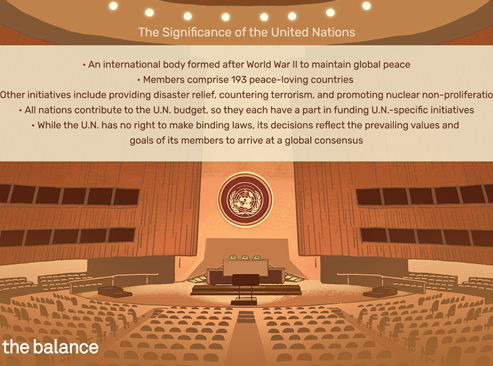