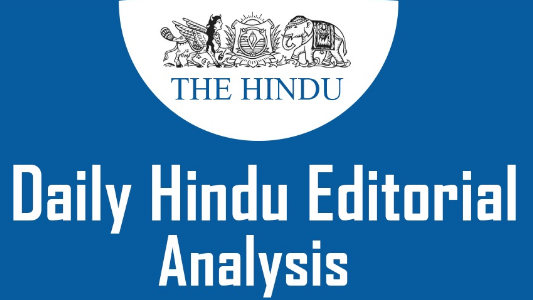 ContextIn a year of severe disruption for schools caused by the COVID­19 pandemic, students in rural areas have received only marginal assistance in the form of structured learning materials from teachers, and have had to rely more on parents and siblings to study at home. 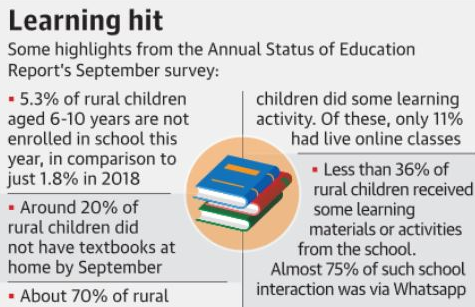 Future At Stake(i) This unsettling finding by the Annual Status of Education Report 2020 should prompt the Centre and the State governments to plan remedial measures for the future, when it will be safe again for students to return to the classroom.(ii) In the interim, they must work with schools to make remote learning possible.(iii) The ASER 2020 survey covering 26 States and four Union Territories has come up with striking findings, including one of a shift in enrolments from private schools to government institutions, of about five percentage points over 2018, ranging from class one to higher secondary levels.(iv) Also, with the suspension(delay) of physical classes since the lockdown in March, there is a marked rise in students not being enrolled, either because they dropped out, or because it was not possible to get admitted.(v) It must also concern governments that the digital divide stands out starkly(sharply) once again: the survey found 43.6% of students in government schools without access to a smartphone, while 67.3% of those who received learning materials in these institutions got them over WhatsApp, underscoring the role played by gadgets and connectivity.(vi) On the other hand, only half the children got help with studies at home, a third got materials from teachers, and nearly 60% used textbooks.Way Forward(i) The ASER survey provides data that could facilitate intervention by the education system in some respects, even if, going forward, schools opt for a hybrid solution of partial reopening and online learning.(ii) Expanding availability of textbooks to all, including those who dropped out or are waiting to be formally admitted, will help parents and siblings aid learning.(iii) Bridging the divide on educational aids, now including smartphones, will enable transmission of learning materials, and personal tutorial sessions.(iv) Beyond these basics, however, the education system could creatively use opportunities during the current year to broaden learning.(v) Students could use the safety of the open countryside to learn, under guidance from teachers, a host of topics by doing things themselves.(vi) This is particularly feasible for lower classes, where observational learning creates a strong foundation.(vii) Educational video, which has helped thousands, can advance learning even beyond the pandemic, using talented teacher­communicators. States such as Tamil Nadu and Kerala have already hosted curriculum­based video lessons on the Internet, after beaming them on television.(viii) It will take out­of­the-box thinking during the pandemic to come up with interventions that are a substitute for traditional methods and prevent 2020 becoming a zero year, as parents everywhere remain wary of sending children to school.2. THE INDIA¬U.S. DEFENCE PARTNERSHIP IS DEEPENING-

Context(i) Stubble burning refers to the practice of farmers setting fire to plant debris that remain in farms after harvest.(ii) Before the 1980s, farmers used to till the remaining debris back into the soil after harvesting the crops manually.(iii) The origin of stubble burning can be traced to the advent of the Green Revolution and mechanized harvesting, which utilised the combined harvesting technique. 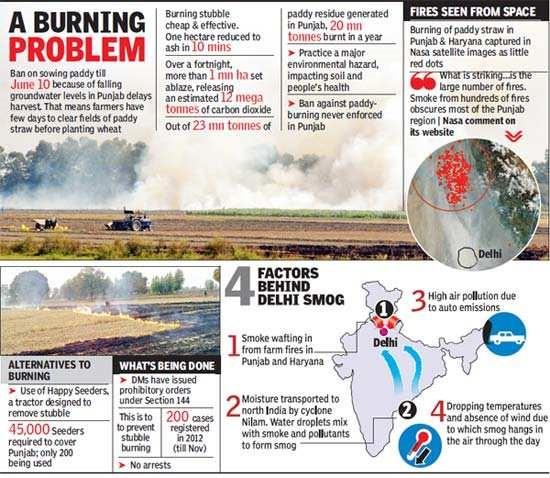 Environmental Impact(i) Stubble burning is practised predominantly by farmers in north India.(ii) It releases harmful gases including nitrogen oxide and carbon monoxide into the atmosphere.(iii) In recent years, this practice has created vast smoke blankets across the Indo ­Gangetic Plain and numerous neighbouring States, including Delhi.(iv) This directly exposes millions of people to air pollution.(v) As per a TERI (The Energy and Resources Institute) report, in 2019 the air pollution in New Delhi and other parts of north India was 20 times higher than the safe threshold level as prescribed by the World Health Organization.(vi) Stubble burning also has a deleterious impact on soil fertility, destroys organic fertilizers and reduces ground water levels.(vii) Stubble burning during a pandemic could worsen the situation by making lungs weaker and people more susceptible to disease.(viii) It could also impact those recovering from infection.New Revolution(i) A revolution in timely stubble removal is the need of the hour.(ii) The action plan of Punjab and Haryana appears to focus more on setting up Custom Hiring Centres which will facilitate farmers removing stubble by providing them with machinery such as the happy seeder, rotavator, paddy straw chopper, etc. on rent along with the supply of more balers.(iii) As per a study by the International Maize and Wheat Improvement Centre, the application of happy seeders and super SMS machines can improve agricultural productivity by 10% to 15% while reducing labour costs and allowing the soil to become more fertile.(iv) This year, the Union government is testing an innovative method, the PUSA Decomposer, developed at the Indian Agricultural Research Institute, Pusa.(v) The PUSA Decomposer is a set of four tablets made by extracting fungi strains that help the paddy straw to decompose at a much faster rate than usual, giving farmers the option to shred the straw, spray a solution containing the fungal strains, and mix it with the soil for decomposition.ConclusionIf methods such as this become successful, it will be a new revolution in farming. This has the potential to both reduce air pollution and increase soil fertility.