Context(i) In India, though more girls are going to school now, for many, the inevitable(inescapable) reality seems marriage before completion of higher education.(ii) Girls are married off early and bear children long before they should. 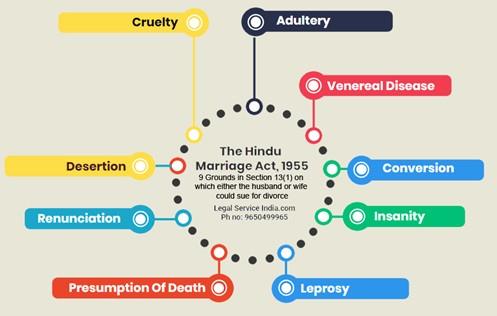 Alimony(i) This triggers a state of poor maternal health and is one of the root causes of high levels of child stunting and wasting in India.(ii) There is also the possibility of a marriage not working out for varied reasons, leaving the girl or young woman in extreme distress because often she is not financially independent.(iii) Parliament and the courts have persistently enacted legislation to give women better rights.(iv) Article 15(3), which states ‘nothing in this article shall prevent the State from making any special provision for women and children’.(a) This should be read together with Article 39, which directs state policy towards equal pay and opportunities for both men and women, and protecting the health of women and children, are two key constitutional safeguards.(v) On Wednesday, the Supreme Court leaned on these two Articles, and a host of other laws, while hearing a dispute between a Mumbai-based couple, and set down comprehensive guidelines on alimony(maintanence).(vi) The court ruled that an abandoned wife and children will be entitled to ‘maintenance’ from the date she applies for it in a court of law.

Outlining Specifics(i) The Court outlined specifics, including “reasonable needs” of a wife and dependent children, her educational qualification, whether she has an independent source of income, and if she does, if it is sufficient, to follow for family courts, magistrates and lower courts on alimony cases.(ii) Given the large and growing percentage of matrimonial litigation, some clarity was necessary.(iii) Cases are known to drag on and acquire cobwebs(complications), worsening the misery for vulnerable women.(iv) The Court laid down that while women can make a claim for alimony under different laws, including the Protection of Women from Domestic Violence Act, 2005 and Section 125 of the CrPC, or under the Hindu Marriage Act, 1955, it “would be inequitable to direct the husband to pay maintenance under each of the proceedings”, urging civil and family courts to take note of previous settlements.(v) Perhaps keeping in mind the vastness of India and its inequities, the Court also added how an “order or decree of maintenance” may be enforced under various laws and Section 128 of the CrPC.(vi) For women in India, especially the poor who are often overlooked in discourses, the top court’s words that maintenance laws will mean little if they do not prevent dependent wives and children from “falling into destitution and vagrancy”, offer a glimmer of hope.

ConclusionEarly enforcement of maintenance laws is a must to protect dependent women.2. MARKET DICTATES AND A BLOW AGAINST EQUALITY-

Context(i) On October 27, the Supreme Court of India heard brief arguments on the constitutional validity of the levy of Goods and Services Tax (GST) on mobility aids used by disabled citizens.(ii) The petitioner, in Nipun Malhotra vs. Union of India, argued that the tax imposed on these products, which included wheelchairs, tricycles for the disabled, braille paper and braille watches, was patently discriminatory.(iii) But the Court indicated that the scope of its power to review the levy was slender(slim).(iv) A decision to impose a tax, it said, was a matter of policy over which the judiciary ought not to ordinarily interfere.(v) In adjourning(deciding) the case, it suggested that the petitioner exhaust his options by submitting his grievances(complaints) to the GST Council, which is the governing body responsible for determining which products are taxed, and at what rate. Tax And A Fundamental Right(i) At first blush, this approach seems reasonable. But should the GST Council reject the petitioner’s plea, it would be imprudent(unwise) of the Court not to test the legitimacy of the levy.(ii) Much as it might be keen to ensure that the judiciary does not sit on judgment over matters that fall within the domain of legislative and executive competence, it must recognise that there is nothing inherently distinct about taxing laws; they are in no way plenary and unamenable(unchangeable) to judicial review.(iii) Quite to the contrary, taxes have a direct bearing on how society is arranged. The nature and rate of tax imposed on a product can impinge(affect) both on a person’s freedom and on a person’s right to be treated with equal care and concern.(iv) Therefore, it ought to be well within an independent judiciary’s province — as the top courts in Canada and Colombia, among others, have recently held — to examine whether or not an imposition of a tax violates a fundamental right.

Market Forces Are At Play(i) The GST regime was launched amid much fanfare in July 2017, with the idea of not only simplifying India’s complex and multi-layered tax structure but also with a view to fashioning the country into a unified, common market, in which the levy of GST will subsume almost all other extant indirect taxes.(ii) To that end, the GST serves as a consumption tax on the supply of all manners of goods and services. But its functioning has proved far from transformative.(iii) At the time of its inception, the central government claimed that the causes of liberty and equality would benefit from the States pooling their sovereignty together with that of the Union.(iv) But what we have seen since is that with the withering of the States’ fiscal autonomy(independence), it is the dictates of the market alone that appear to determine how and what goods are taxed.(v) The levy on commodities used by the disabled is a prime example of this.(vi) Until the advent of the GST, mobility aids were almost entirely immune from indirect taxes.(vii) In virtually every State, exemptions were granted on the payment of value-added-tax on such goods.(viii) The GST did away altogether with this exemption. Indeed, it was only after substantial outcry that the originally proposed 18% tax on these devices was reduced to 5%.(ix) But even at that rate, as the petition in the Supreme Court demonstrates, the levy increases manifold the prices of commodities that allow the disabled to perform the most basic tasks — in this case, to walk or to read.

Claiming Credit(i) Despite this affront to dignity, the government claims that it cannot relieve mobility aids from taxation, because to do so will disincentivise domestic manufacturers.(ii) “The 5% concessional GST rate,” the government said in a statement explaining the levy, “will result in a win-win situation for both the users of such devices, the disabled persons, as well as the domestic manufacturers of such goods.”(iii) This argument is influenced by the GST’s structure, in particular the manner in which firms are allowed to claim credit on taxes paid by them in the making of a product.(iv) Under the existing regime, if the maker, say, of a wheelchair has paid taxes on commodities that serve as raw material in the process of manufacturing, it will be entitled to claim credit for the tax paid when it remits the levy collected from the eventual purchaser of the product.(v) So, if the manufacturer spends a sum of ₹100 as taxes towards the purchase of aluminium that goes into the making of a wheelchair and then collects a sum of ₹120 as GST when it sells the wheelchair, it would be entitled to claim the sum of ₹100 as “input tax credit” and would consequently only have to deposit ₹20 to the government.(vi) The State’s argument is that in the absence of a levy of GST on the final product, the manufacturer will be burdened with input taxes.(vii) Since it cannot claim any credit for those taxes paid, the prices of the final product would have to be concomitantly higher, and, as a result, the manufacturer will be placed in a relative position of disadvantage to foreign makers.

Parliament Can Find A Way(i) This argument, though, suffers from at least two fallacies.(ii) First, a reading of the various notifications issued by the GST Council shows that many other products that are essential to human needs are exempt from tax — notably, in July 2018, following a sustained campaign, the levy imposed on female personal hygiene products (tampons and sanitary pads) was removed.(iii) Second, that the grant of an exemption in cases such as these would disentitle manufacturers from claiming input tax credit is a matter of legislative design.(iv) Nothing suggests that Parliament cannot find other ways to ensure that domestic manufacturers are granted credit for the taxes that they pay on inputs.(v) A set off against taxes collected from the eventual consumers can scarcely be seen as the only legitimate mechanism available to ensure that a rebate is provided.(vi) What is more, the government might well have all manners of other options available — it could, for example, exempt firms from paying taxes on inputs on the condition that such inputs will be used to manufacture mobility aids.

A Reasonable Classification(i) Ultimately, a decision taken on exempting goods from taxation is a matter of classification.(ii) The Constitution’s equality code requires such a classification to be a reasonable one. In the case of mobility aids, the oppressive nature of the levy is evident.(iii) The tax places a prohibitive burden on the ability of disabled citizens to access the most basic goods, to lead lives with dignity.(iv) Given that the classification rests on a state of disability, it must be seen, on any sensible consideration of our equality jurisprudence, as, at least facially, inequitable.(v) The onus must, therefore, rest on the government to show the Court that it had cogent(compelling) reasons for treating these goods as distinct from other commodities that are exempt from tax.(vi) A failure to discharge this onus ought to render the levy illegitimate.

Conclusion(i) It need not come to this. The GST Council can take a leaf out of the books of Canada and Australia, and grant a complete exemption on the levy imposed on mobility aids.(ii) A fair and just regime ought to demand nothing less. Taxation, after all, is a tool that is intended to augment general welfare.(iii) It is time we recognised that an unreasonable levy can deeply compromise fundamental human needs.(iv) To free taxing statutes from the ramparts of the Constitution is to risk the entrenching of inequality.