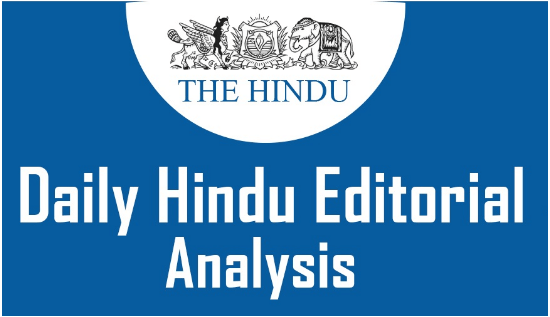 1. TEST BY CHOICE: ON RISING CORONAVIRUS CASES IN INDIA- 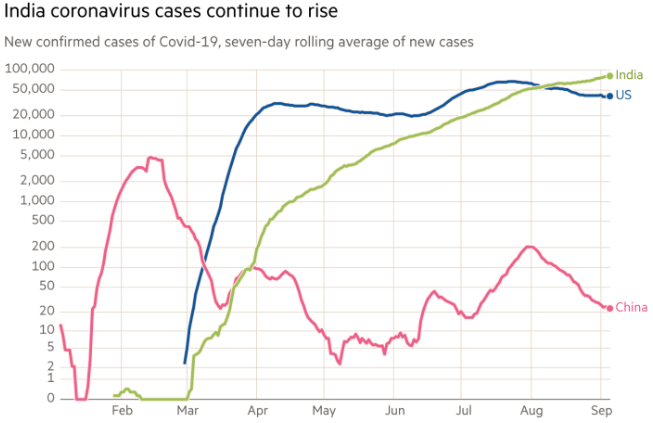 Surge In Cases(i) Since August, India has been reporting the highest number of cases each day, which has been steadily increasing.(ii) From over 50,000 in the last week of July to over 60,000 in the first week of August, over 70,000 in the fourth week, before jumping to over 80,000 cases in September.(iii) Though the number of tests done each day has been over one million for the past week, the test positivity rate nationally is still high at 7.7%, indicating that testing has to be ramped up(increased).(iv) Though the testing done each day by many States has been growing, nearly 50% of them are rapid antigen, of only about 50-60% sensitivity.(v) Unfortunately, with no repeat testing of negative cases and only a small percentage of people with symptoms but negative results being validated with a RT-PCR, many of the infected are not being diagnosed.Reducing Test Positivity Rate(i) The ICMR’s latest advisory provides for testing on demand to “ensure higher levels of testing”.(ii) While ramping up testing is needed, testing on demand by anyone might not be the correct approach to adopt.(iii) The ICMR is theoretically making India’s 1.3 billion people eligible for a test, even when there is no capacity to undertake this.(iv) With States not validating the negative results from rapid antigen tests with RT-PCR, non-directed tests on demand might help more in increasing the number of tests done each day and hence in reducing the test positivity rate than in early detection and containment.(v) The focus must remain on diagnosing the most probable cases listed out by the ICMR — those with symptoms or at high risk.(vi) Since many of those infected have mild or no symptoms, tests on demand might be particularly helpful in detecting cases that might otherwise have been missed.(vii) But such a strategy should be restricted to clusters, hotspots, and containment zones, besides dense urban areas with anticipated high transmission in the unlock phase.(viii) Else, States might be forced to use their discretionary power to deny tests for people not exhibiting symptoms or in low-risk categories, or selectively charge for testing to pay for procurement of testing kits and to avoid more pressure on the testing infrastructure.(ix) There is also the possibility of an over-reliance on antigen testing to cope with the growing demand for testingConclusionIndia needs a more nuanced(careful) approach to COVID-19 testing.2. CHINA’S LAC AGGRESSION, INDIA’S OBFUSCATION-

Context(i) BJP and the government led by it seem to be sending out confusing signals about the ongoing India-China stand-off on the Line of Actual Control (LAC).(ii) Media reports about the Chinese aggression started trickling in from April this year, and yet there continues to be little clarity even today either in the country’s strategic community or the general public on the exact nature of developments on the China-India border.(iii) Did the Chinese soldiers indeed cross the LAC and capture Indian territory?(iv) Is the People’s Liberation Army (PLA) currently in possession of Indian territory?(v) What exactly are the two sides talking about in their discussions pertaining to ‘disengagement’? How does New Delhi plan to retake lost territory? 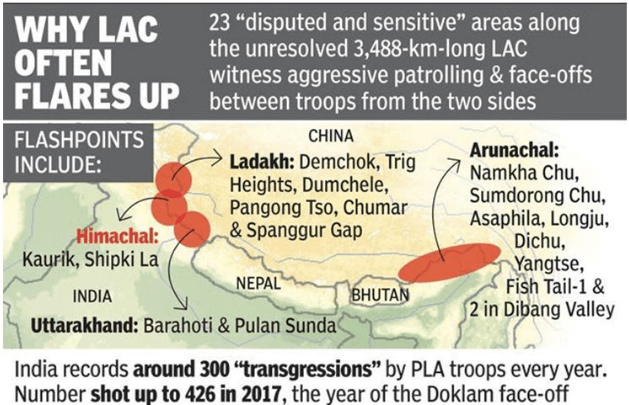 Context(i) On Independence Day, the Prime Minister belaboured(detail discussion) his government’s idea of an ‘Atmanirbhar Bharat’.(ii) In today’s India, we can achieve that goal of self-reliance only if we enhance our citizens’ capabilities.(iii) Given our demographic composition, we must begin by empowering our youth. Are We Investing In Our Youth?(i) The 2014 National Youth Policy (NYP) defined youth as persons between 15 and 29 years. This cohort(call) accounted for 27.5% of the population then.(ii) According to the NYP report, the Central government spends about ₹2,710 per youth on education, skill development, employment, healthcare and food subsidies.(iii) The total amount is pegged at more than ₹90,000 crore.(iv) Assuming that States spend an equal amount, the total investment in our youth would be under 1% of the GDP, hardly commensurate(in proportion) with their population and potential.(v) A World Bank report pegged the projected cost (read: loss) of not investing in children and youth at 4% of the GDP every year.(vi) Of this, the costs of unemployment account for 0.6%. As of 2017-18, youth participation in India’s labour force was 38.3%.(vii) Drawing from the 2018 State of Working India Report, we peg the youth unemployment rate to be at least 18.3% (3.47 crore youths).(viii) About 30% of youth fall under the ‘neither in employment nor in education’ category and 33% of India’s skilled youth are unemployed.(ix) Further, around 50 lakh youth are expected to be entering the workforce annually. Following the COVID-19 lockdown, the CMIE estimated a loss of 14 crore jobs in April alone of which 2.7 crore concerned youth.(x) These numbers, coupled with impending grim(serious) implications of the pandemic, have landed us in uncharted turbulent(disturbed) economic waters.The Way Forward(i) The aspirational younger generation born after 1991 invariably hold the key to India’s economic and political future.(ii) India has just a decade’s time to seize the opportunity and realise this youth demographic dividend.(iii) Therefore, it is an appropriate time to launch an Indian Youth Guarantee (IYG) programme, akin(related to) to the European Union Youth Guarantee (EU-YG) but tuned to our country’s context.(iv) EU-YG emerged in 2010 at a time when youth unemployment rates were soaring above 20%.(v) An IYG initiative, with statutory backing, can function as a facilitatory framework for ensuring gainful and productive engagement of youth.(vi) At a time of fiscal stress, one way to allocate budgetary resources would be to create a Youth Component Plan, earmarking a specific percentage of funds under a separate head on the lines of the Special Component Plan for the Scheduled Castes and the Tribal Sub-Plan.(vii) The Youth Component Plan would be formulated by States/Union Territories/Central Ministries to channelise flow of outlays and benefits proportional to the percentage of youth population based on sub-regional requirements.(viii) IYG should not be just another budgetary scheme.(ix) Its strategic goal should be to ensure that within a fixed time frame, young people graduating from college or losing a job either find a good quality job suited to their education and experience or acquire skills required to find a job through an apprenticeship.(x) An important aspect of IYG should be to rope in(involve) the district administration and local bodies for effective outcomes.(xi) Existing youth schemes and skilling infrastructure need to be dovetailed(joined) and streamlined while leveraging industry to enable an in situ(appropriate) empowerment of youth.Learning From Mgnrega(i) The Mahatma Gandhi National Rural Employment Guarantee Act (MGNREGA) has been very effective in providing rural livelihood security and social protection.(ii) Yet only about 4% of youth in the labour force have been impacted by it.(iii) While an urban youth employment programme will be a new intervention, we believe that rural youth employment should be instituted alongside MGNREGA.(iv) IYG needs to be implemented across the country to address youth unemployment particularly given the rapid structural changes in the economy.(v) How would such a guarantee identify the needs of the youth?(vi) The Youth Development Index (YDI) in India serves as an advisory and monitory tool for youth development.(vii) It helps recognise priority areas, gaps and alternative approaches specific to each State.(viii) The index also packs a new dimension of social inclusion to assess the inclusiveness of societal progress due to prevalence of systemic inequalities.(ix) In short, YDI can be revisited and deployed to play a vital role in crafting a region-specific IYG.ConclusionA focus on our youth is the first step towards self-reliance. It is time we summon the political will to guarantee our youth a viable future.