The document Theory & Procedure, Verification of Ohm's Law Class 10 Notes | EduRev is a part of the Class 10 Course Science Class 10.
All you need of Class 10 at this link: Class 10

To verify the Ohm's law.

Ohm’s law states that at a constant temperature, current 'I' through a conductor between two points is directly proportional to the potential difference or voltage 'V', across the two points. That is,

Thus, the ratio V : I is a constant. This constant is called as the resistance (R) of the conductor.

After performing experiment for different readings of V & I and recording the observations, if we plot current on the x-axis of a graph and voltage on the y-axis of the graph, we will get a straight-line. The gradient of the straight-line graph is related to the resistance (R) of the conductor. 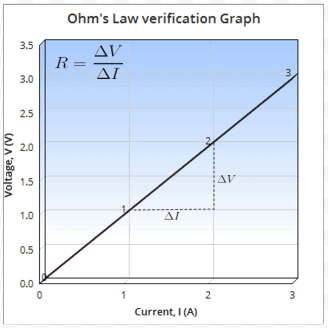 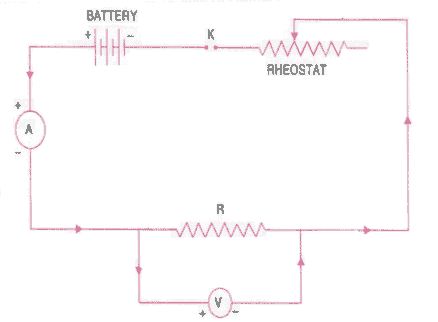