The document Thermodynamics, General Terms and State Variables Class 11 Notes | EduRev is a part of the Class 11 Course Chemistry for JEE.
All you need of Class 11 at this link: Class 11

INTRODUCTIONThermodynamics is a Greek word. Its literal meaning is motion or flow (dynamics) of heat (thermos).

Efficiency of a process 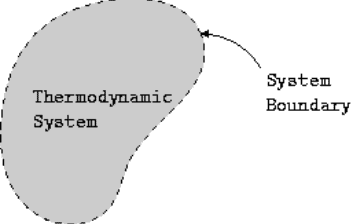 STATE VARIABLES
State or condition of a system is described by certain measurable properties & these measurable properties are called state variables. State variables or the thermodynamics parameters depends only upon the initial and final states of the system and independent of the manner as to how the change is brought are called state functions. Some common state functions are internal energy, enthalpy, entropy, free energy, pressure, temperature, volume etc.

State function depends only on initial & final state of the system. If does not depend on the path or how process was carried out.

Solution. The parameters which are required to completely define the state of the system are called state functions.
State functions are path independent function.

Path independent means the difference in state functions will be same for any path followed between two states.

Path Functions: Path function depends on the initial as well as final state of a system & also depends on the path of the process.
Example: heat and work. For example: Consider air in a room at temp of 300K, 1 atm pressure. Now, if the room is divided by some boundary( imaginary or real) into two parts( equal or unequal) then in these two parts : The temperature, pressure, density of the gas, concentration of gaseous molecules etc. will have the same value as that of for whole of the system. (intensive) While the volume of two parts, mass of gas in two parts, total energy of the gaseous molecules in the two parts, entropy the two parts etc. will be different from the values of these properties as for the whole of the system initially. (extensive)