A wave is a vibratory disturbance in a medium which carries energy from one point to another point without any actual movement of the medium. There are three types of waves:

A wave in which the particles of the medium vibrate at right angles to the direction of propagation of wave is called a transverse wave. 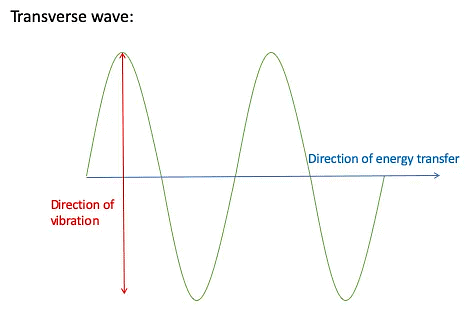 These waves travel in the form of crests and troughs.

A wave in which the particles of the medium vibrate in the same direction in which the wave is propagating is called a longitudinal wave. 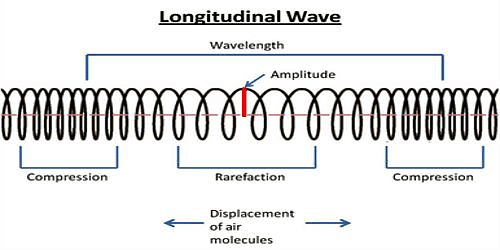 These waves travel in the form of compressions and rarefactions.

Sound waves of all the mechanical waves that occur in nature, the most important in our everyday lives are longitudinal waves in a medium, usually, air, called sound waves. 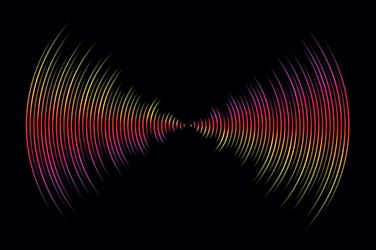 Sound Waves are of three types

Sound waves are mechanical longitudinal waves and require medium for their propagation.

If Vs, Vi and Vg are speed of sound waves in solid, liquid and gases, then

Sound waves (longitudinal waves) can reflect, refract, interfere and diffract but cannot be polarised as only transverse waves can polarised.

Velocity of longitudinal (sound) wave in any medium is given by

where ET is the isothermal coefficient of volume elasticity and it is equal to the pressure of the gas.

where, ES, is the adiabatic coefficient of volume elasticity and it is equal to γ p.

(i) Effect of Pressure: The formula for velocity of sound in a gas.

Hence, there is no effect of pressure on velocity of longitudinal wave.

(ii) Effect of Temperature: Velocity of longitudinal wave in a gas

Velocity of sound in a gas is directly proportional to the square root of its absolute temperature.

If v0 and vt are velocities of sound in air at O°C and t°C, then

(iii) Effect of Density: The velocity of sound in gaseous medium

The velocity of sound in a gas is inversely proportional to the square root of density of the gas.

(iv) Effect of Humidity: The velocity of sound increases with increase in humidity in air.

If speed of a body in air is greater than the speed of sound, then it .s called supersonic speed. Such a body leaves behind it a conical region of disturbance which spreads continuously. Such a disturbance is called a shock wave.

The document Types & Nature of Waves - Notes | Study Physics Class 11 - NEET is a part of the NEET Course Physics Class 11.
All you need of NEET at this link: NEET
Attempt Now
Join Course