The document Types of Neurons NEET Notes | EduRev is a part of the NEET Course Biology Class 11.
All you need of NEET at this link: NEET

NERVOUS TISSUENervous tissue originates from ectoderm and is specialized for receiving stimuli (Excitability or Inrritability) and transmit message (conductivity). 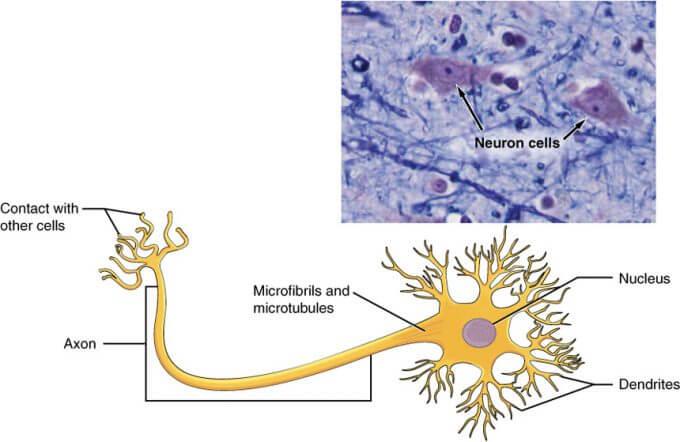 (i) Cell body or Cyton or soma or perikaryon:-

(i) Dendron:– It is small cell process. It's fine branches are called dendrites. Some receptors are found on the dendrites, so dendron receive the stimuli & produce centripetal (towards the cell body) conduction.

Axon is covered by a layer of phospholipids  (sphingomyelin) which is called as medulla or myelin sheath.

Collaterals of Axon – These are small process or branches of axon. It's structure is similar to axon. It help in the conduction of nerve impulse in more area.Gray matter:– It is composed ofnerve cells. It consist of cytons & nonmedullated nerve fibres (Grey fibers).White matter – It contain myelinated nerve fibres (White fibres). 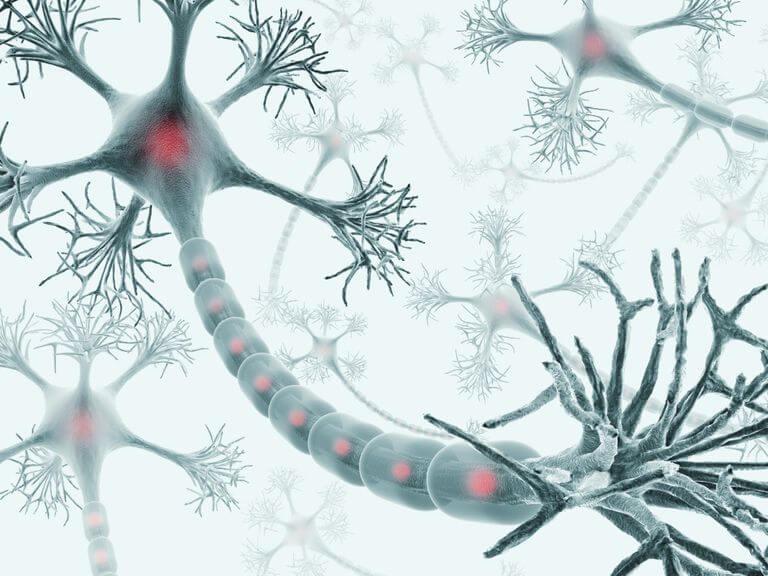 Fig: NeuronsApolar/Nonpolar Neuron:– No definite dendron/axon. Cell process are either absent or if present are not differentiated in axon and dendrons. Nerve impulse radiates in all directions. e.g. Hydra, Amacrine cell of Retina.Pseudounipolar:– In this type, nerve cell has only axon but a small process develop from axon which act as dendron. e.g. Dorsal root ganglia of spinal cord.