(i) He must exercise these powers according to the Constitution. Thus, explicitly requires that Ministers (other than the Prime Minister) can be appointed by the President only on the advice of the Prime Minister,

(ii) The executive powers shall be exercised by the President of India in accordance with the advice of his Council of Ministers. 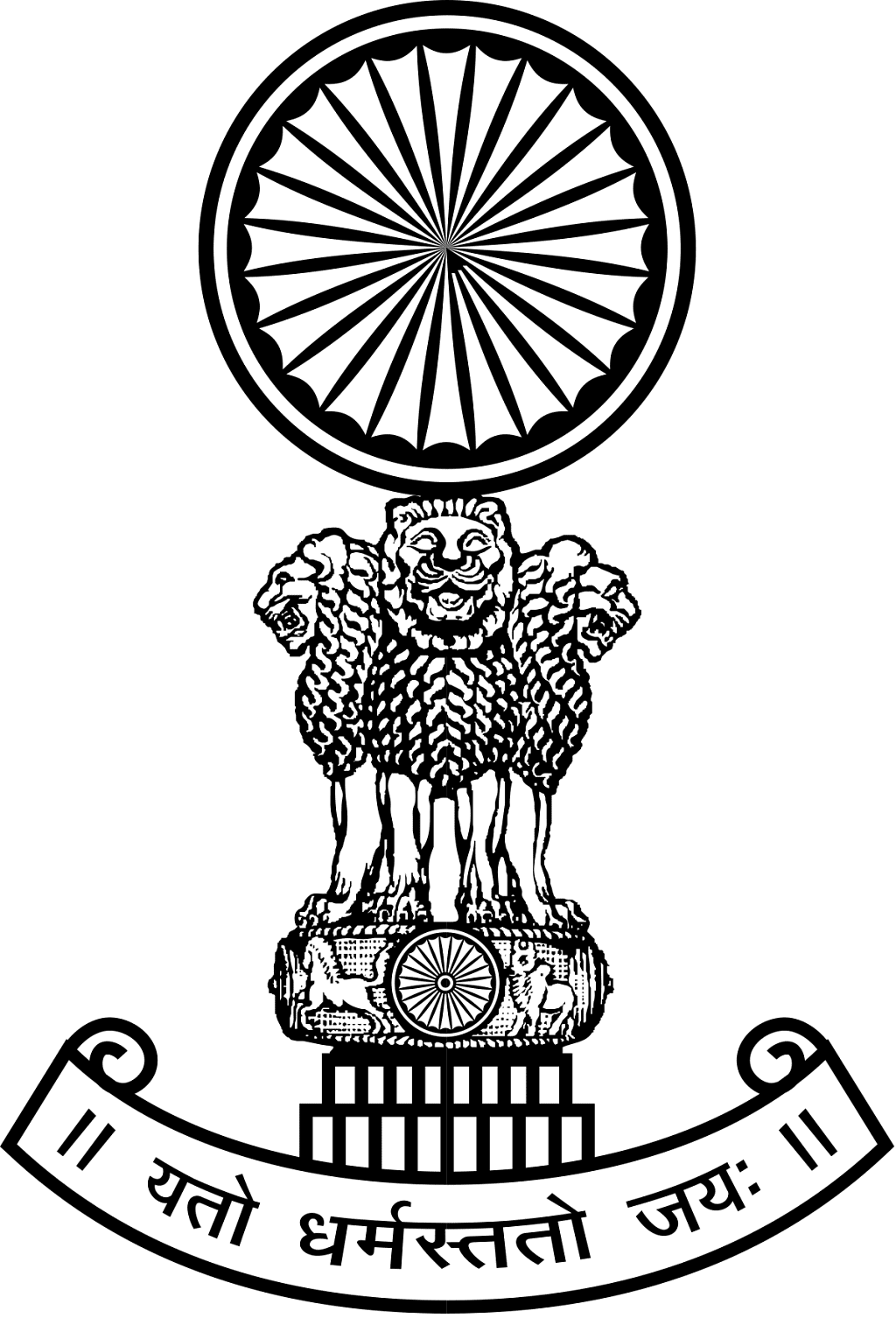 Logo of supreme court of India Prior to 1976, there was no express provision in the Constitution that the President was bound to act in accordance with the advice tendered by the Council of Ministers, though it was judicially established.

Assent to Legislation Bill will not be an Act of the Indian Parliament unless and until it receives the assent of the President. When a Bill is presented to the President, after its passage in both Houses of Parliament, the President shall be entitled to take any of the following three steps:-

(i) He may declare his assent to the Bill; or

(ii) He may declare that he withholds his assent to the Bill; or

(iii) He may, in the case of Bills other than Money Hills, return the Bill for reconsideration of the Houses, with or without a message suggesting amendments. A Money Bill cannot be returned for reconsideration. In case of (iii), if the Bill is passed again by both Houses of Parliament with or without amendment and again presented to the President, it would be obligatory upon him to declare his assent to it.Veto Power of Indian President Union Legislation – The veto power of the Indian President is a combination of the absolute, suspensive and pocket veto. Thus: (i) As in England, there would be an end to a Bill if the President declares that he withholds his assent from it– similar to absolute veto; (ii) If, however, instead of refusing his assent outright, the President remits the Bill or any portion of it for reconsideration, a repassage of the Bill by an ordinary majority would compel the President to give his assent. The effect of return by the Indian President is thus merely 'suspensive' (this power is not available in the case of Money Bills); (iii) There is no time limit within which the President is to declare his assent or refusal, or return of the Bill. The President thus can exercise pocket veto by keeping the Bill on his desk for an indefinite time.State Legislation – The President of India has the power of disallowance or return for reconsideration of a Bill of the State Legislature, which may have been reserved of his consideration by the Governor of the State. Reservation of a State Bill for the assent of the President is a discretionary power of the Governor of the state. Reservation is compulsory in case where the law in question would derogate from the powers of the High Court under the Constitution. There is no means of overriding President's veto, in the case of State legislation.Vice President  Art 63 of the Constitution of India provides for a Vice-President. 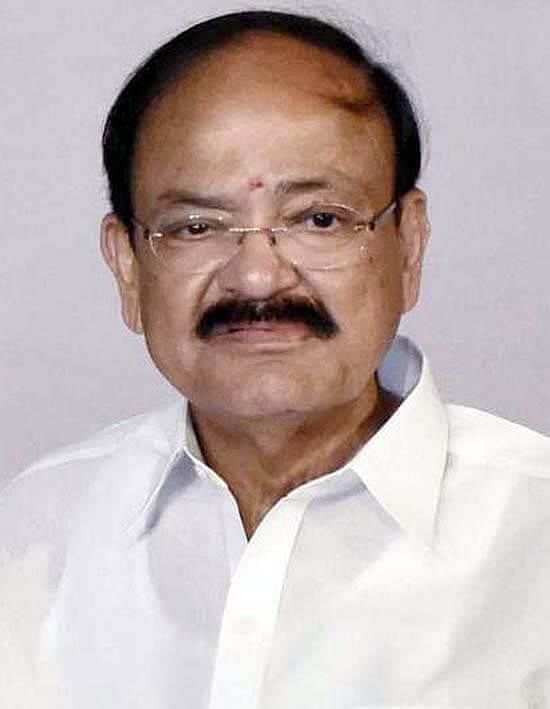 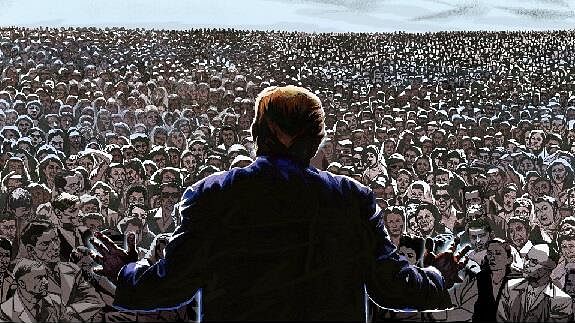 Picture depicting President addressing peopleSince the advent of the Constitution, the position of the President has remained a controversy. Dr. Ambedkar has said: “The President occupies the same position as the King under the British Constitution. He is the Head of the nation, but does not rule the nation.” The 42nd Amendment made it mandatory for the President to act according to the advice of his Council of Ministers. The Constitution gives the position of undisputed primacy to the office of the President. A President can certainly influence the decision of the Cabinet through his advice and criticism. He has discretion in the selection of his Prime Minister in the event of the death/resignation of the incumbent or if no single party enjoys a clear-cut majority in the Lok Sabha. In the matter of dissolution of the Lok Sabha, the President may use his discretion and act in the best interests of the country. In all these actions, the President brings to play his personality and acts to “preserve, protect and defend the Constitution and the Law.” The extraordinary powers invested on the President under the emergency provisions of the Constitution, are expected to be exercised only on the advice of the Cabinet which has to make a recommendation, in writing, to this effect. Many jurists have, therefore, held the view that the President of India may exercise his discretion and seek to influence the Council of Ministers, but has no discretionary powers at all, despite the Constitutional provisions giving him abundant administrative powers.Need for a President in a Parliamentary system  Since India is a Republic, the Constitution provides for a President of India. The office is designed to operate and function not on the U.S. model, but more or less on the British model. In essence, what all the President does are only functions. However, in discharging some of the functions, he has some implied powers. He exercises his discretion in summoning the leader of a party to become the Prime Minister. The President can summon anyone who he thinks can command the confidence of the House. Sanjiva Reddy had exercised his discretion in calling upon Charan Singh to form the Government in 1979. Another implied power of the President: He is not bound by the advice of a Prime Minister defeated in the House. 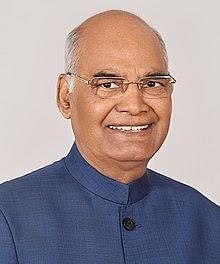 President of India - Ram Nath Kovind (25 july, 2017 -present) As the President is essentially a constitutional head of the Union Executive, one might question the wisdom or the need for such an office. First, it is an essential office because the Constitution does not envisage a situation when there would not be a Prime Minister even for a single second. It is, therefore, essential to have an office and a person holding such an office to summon a leader and swear him as the Prime Minister of India. Secondly, there are a number of functions to be discharged at the level of the nation or the State.

All of them are of ceremonial nature, like receiving Heads of States, hosting them, signing Bills on behalf of Government, etc. Such and similar functions must be discharged by someone other than the Prime Minister because the tasks of the Prime Minister are immense, and far too laborious, and he cannot afford to spend his time on formal and ceremonial matters. Thirdly, the Constitution-framers had expected that the President of India, too, would play the same role as the King of England does. (According to the British constitutional practice, the King, the Constitutional Head, has the right to warn, be informed, and to encourage the Government and the experience, and even wisdom by virtue of his stature, maturity and character. To some extent, this sort of role was fulfilled by Dr. Radhakrishnan, as President of India, during the Chinese aggression. The role of Rajendra Prasad and also those of V.V. Giri and Zail Singh became controversial.Impeachment of the President

Procedure laid down in Art 61:  (a) Impeachment motion can be initiated by either house of Parliament. (b) The charge must come in the form of a proposal contained in a resolution signed by not less than one-fourth of the total number of members in the House and moved after giving at least 14 days notice. (c) Such resolution must be passed by at least two thirds majority of the House. (d) The charge is then investigated by the other House. The President has right to appear at such investigation. (e) If the other House also passes the resolution by 2/3rd majority, such resolution shall have the effect of removing the President.Ordinance-making powers of the President and Governors:

An ordinance can be promulgated only when necessity compels immediate action, while the legislature is not in session (Art 123, 213 and 239 B).Governments at the Centre and in the States have bypassed the legislature with impunity and promulgated a spate of ordinances which are patently unconstitutional.Ordinances are being regularly promulgated just before the session of a legislature is to commence so as to confront the legislature with a fait accompli, or just after the session is over. All schemes of nationalisation are invariably kept back while the legislature is in session and are promulgated only in the form of ordinances.The letter of the Constitution is satisfied by the President or the Governors making a declaration that while the legislature is not in session, “circumstances exist which render it necessary for him to take immediate action.” The President as well as the Governors are bound to act on the advice of the Council of Ministers who are blissfully aware that outraging the sanctity of the Constitution is not a punishable offence. Again, an ordinance which is intended to be a temporary law to meet an urgent crisis ceases to operate at the expiry of six weeks from the reassembly of the legislature. But, by the plain device of repromulgating ordinances again and again, they are kept indefinitely alive, while the assembly and prorogation of the legislature are merely interludes in the Ordinance Raj. Thus, for example, in Bihar alone, 256 ordinances were kept alive for periods ranging from one to fourteen years.Bills  reserved by the Governor for the assent of the President The Governor usually reserves for the consideration of the President, any Bill which, in the Governor’s opinion, would be derogatory to the powers of the High Court (if it became law) and endanger the position of the Court (Art. 200). When a Bill is so reserved, the President has two options: Either (a) he declares that he assents to the Bill, or (b) he withholds his assent to the Bill. The power vested in the Governor in this regard is discretionary. In the event of the Bill, not being a Money Bill, the President may direct the Governor to return the Bill to the House, which after re-consideration, may pass it with or without amendments, within six months. In such a contingency, the Bill is presented again to the President for his consideration (Art. 201). The President is not, however, bound to give his assent. If he withholds the Bill, it is said to be vetoed.Pardoning powers of the President and Governor:  Under the Indian Constitution, the pardoning power shall be possessed by the President as well as the State Governors under Art. 72 and 161 respectively. President shall have the power to grant pardon, reprieve, suspension, remission or commutation in respect of— (i) all cases of punishment or sentence by Court Martial; (ii) cases where the punishment or sentence is for an offence against a law relating to a matter to which the executive power of the Union extends; (iii) all cases where the sentence is one of death. The only authority for pardoning a sentence of death is President. Governor has no such jurisdiction as that of the President in cases of punishment by a Court Martial. Though the Governor has no power to pardon a sentence of death, he has the power to suspend, remit or commute a sentence of death in certain circumstances. Governor has similar power to those of President in respect of an offence against a law relating to a matter to which the executive power of the State extends (except as to death sentence).