The document Urban Growth & Significance of IVC Notes | EduRev is a part of UPSC category.
All you need of UPSC at this link: UPSC

URBAN GROWTHIn continuation of the previous module where we learned about the discovery of IVC, timeline of IVC and theories of its origin. We now proceed on move to the study of important sites of IVC and its urban growth. It extended over a core area of 1500 square kilometers and during its peak was home to 1-5 million people based on a conservative estimate.

The Indus Valley civilization extended from Pakistan's Balochistan in the west to India's western Uttar Pradesh in the east, from north-eastern Afghanistan in the north to India's Gujarat state in the south. The above is the map of important IVC centres – some are early agriculture sites (belong to pre-harappan period), some are IVC important cities (mature harappan sites) while others are less important cities. All these have been compared in the backdrop of present day cities.

Question 1:According to the latest excavations, Manda is the______site of the Indus Civilization?
Explanation

According to the latest excavations, the Northern most site of Harappan civilization is Manda, Akhnoor in Jammu & Kashmir and the southernmost Diamabad in Maharashtra.

Details and Significance Of IVC Sites 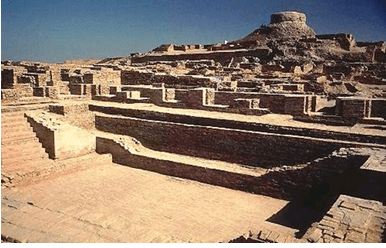 Question 2:Lothal, a prominent site of Indus Valley Civilization, is situated in
Explanation

Lothal is one of the southernmost cities of the ancient Indus Valley Civilization, located in the Bhal region of the modern state of Gujarat and first inhabited in 3700 BCE.

Question 3:Which of the following sites has furnished the proof of the sea faring activity of the Harappan people?
Explanation

According to the ASI, Lothal had the world's earliest known dock, which connected the city to an ancient course of the Sabarmati river on the trade route between Harappan cities in Sindh and the peninsula of Saurashtra when the surrounding Kutch desert of today was a part of the Arabian Sea. 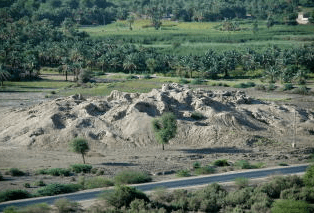 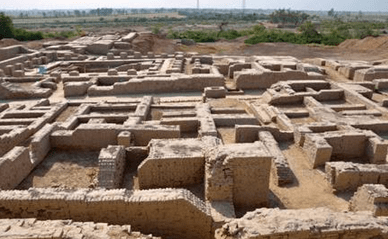 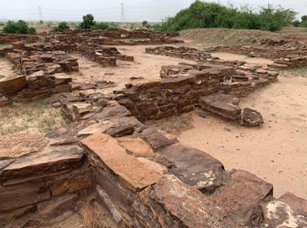 Question 4:From among the below listed cities, pick out those in which the lower town was also fortified

A citadel and a lower town, both of which were fortified can be revealed from the evidences from excavations. Please read above. 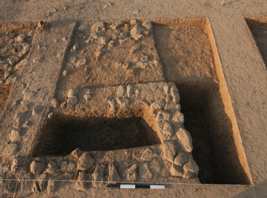 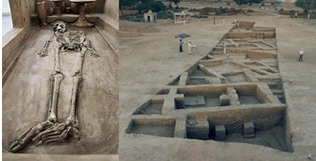 A bead making factory was discovered at Chanhudaro and the advertisement board showing 10 large signs was excavated at Dholavira.

Question 6:The ancient city of Harappa was located on the banks of
Explanation

Here Harappa is used particularly for the ancient site and not for the civilization as such. Therefore the answer is River ravi and not Indus.

Kalibangan - The lower town was fortified. Harappa - The only place which yields the evidence of coffin burial. Chanhudaro - Bead maker’s shop was unearthed. Mohenjdaro - Associated with the discovery of a bearded men carved in steatite and a bronze dancing girl.

Question 8:In the year 1990-91 a Harappan site was excavated at
Explanation

It was first discovered in 1967-68 by J. P. Joshi and excavations began early in the year 1990 by the Archaeological Survey of India.