Q.1. Which edition of the Executive Committee, the National Mission for Clean Ganga (NMCG) has approved 11 water infrastructure projects worth around Rs 660 crore?

Q.3. Which organisation has announced the Alliance of CEO Climate Action Leaders to supercharge India’s climate action and decarbonization efforts?

Q.5. Who has the head of the Inter-State Council which has been reconstituted recently?

Q.6. What is the theme of the 8th Edition of Swachh Survekshan - 2023 under Swachh Bharat Mission Urban 2.0?

Correct Answer is Waste to Wealth.

Q.9. Which department has released the National Achievement Survey (NAS) 2021 report to assesses the health of school education system in the country?

Correct Answer is Department of School Education and Literacy.

Q.10. Ashwini Vaishnaw (Union Minister of Railways, Communications) has approved Rs 8.34 crore collaborative for which project with the IIT Madras.?

Q.11. Which institute has signed an agreement with the Energy Security and Climate Change Program at the Center for Strategic and International Studies (CSIS), Washington D.C., to work on just energy transition globally including in India?

Q.12. The Indian cricket board has now decided to examine using NFT. What is the full form of NFT?

Q.13. Which organisation has signed two quadripartite agreements for the development of sewage infrastructure and management?

Correct Answer is The National Mission for Clean Ganga (NMCG).

Q.16. Who has launched Indian Business Portal in New Delhi to serve as an international trade hub for Indian exporters and foreign buyers?

Q.18. Which country has replaced China to become India's top trading partner in 2021-22?

Correct Answer is US.

Q.21. India has signed an MoU with which country to establish a framework to facilitate and enhance bilateral cooperation on climate action?

Q.22. Name the credit-linked portal which will be launched by PM Narendra Modi will launch for delivery of various schemes?

Q.23. Which organisation has launched a public dashboard for near real-time information on the scheme under its flagship scheme of Ayushman Bharat Digital Mission (ABDM)?

Q.24. What is the name of the new life insurance product launched by LIC?

Q.25. PM Narendra Modi has released the 11th installment of how much amount for the PM Kisan Samman Nidhi on May 31?

Q.26. The Government has approved the continuation of the Prime Minister's Employment Generation Programme (PMEGP) till?

Q.1. Which state/UT government has undertaken a unique initiative of using robots for extinguishing fires in the city? 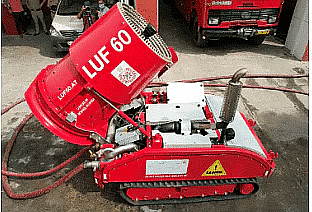 Q.2. Which state government has signed MoUs worth 30,000 crore rupees with 23 companies from different parts of the world at the World Economic Forum in Davos?

Q.3. Which lab has come up with its first commercial drone flight in the country's healthcare sector?

Q.5. Which state government has decided to adopt the Electric Vehicle Policy 2022 to promote electric vehicles to convert 10% of state’s vehicles to electric mode in 5 years?

Q.7. Which state government has launched ‘SAMBHAV’ (sambhav.up.gov.in) platform/portal to monitor the grievances, schemes, programmes and policies of the departments?

Correct Answer is Minister for energy and urban development (UP).

Q.8. In which state the fourth edition of the Shirui Lily Festival has began?

Q.10. Who has inaugurated Khashaba Jadhav Sports Complex of the Pune University?

Q.11. Which govt has announced to form 5-member drafting committee to implement the much-debated Uniform Civil Code (UCC) in the state?

Q.12. Which state's capital has become the first major metropolitan city in India to make a detailed biodiversity register?

Q.13. Which state government will launch a pilot project on single-pick cotton on about 50,000 acres?

Q.14. Which state becomes the first state to attempt systematize of health accounts to track and monitoring of health expenditures over time and can serve as an important tool for evidence based policy making?

Q.15. Which state has become the first time in the country where the Department of Indian Posts has delivered mail using a drone?

Q.16. What is the name of the new health and wellness app which was launched by Karnataka CM, Basavaraj Bommai?

Q.1. Who has led the team of experts from the National Geographic Society (NatGeo), who has installed the “world’s highest weather station” on Mt. Everest at an altitude of 8,830 meters?

Correct Answer is Climate scientist Baker Perry (Appalachian State University in the US).

Q.2. What are the total numbers of members in the Indo-Pacific Economic Framework (IPEF)? 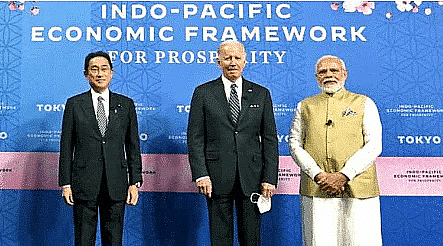 Q.3. Name three Indians who have been named among the world’s 100 most influential people of 2022 by TIME magazine?

Q.4. Which country is planning to build the world's largest petroleum research centre by the end of the year (2022)?

Q.5. According to the Fortune 500, who has been received the highest salary as a chief executive officer (CEO) in 2021?

Q.6. How many Cardinals will be created by Pope Francis?

Q.7. Which country has topped the 7th edition of Forbes 30 Under 30 Asia List 2022 in terms of the number of entries?

Q.1. Who has won the Amazon Smbhav Entrepreneurship Challenge 2022 award for saving energy in boilers by using recycling steam model?

Q.4. Who has received the VASVIK (Vividhlaxi Audyogik Samshodhan Vikas Kendra) Industrial Research Award in the category of Agricultural Sciences and Technology for the year 2020?

Correct Answer is A Gopalakrishnan (Director of the ICARCentral Marine Fisheries Research Institute).

Correct Answer is Tomb of Sand.

Q.6. Which film has won the Palme d’Or at the 75th Cannes Film Festival for the second time?

Correct Answer is Triangle of Sadness.

Q.7. Who has received the Excellence in Cinema award at the French Riviera Film Festival?

Q.8. Who has been awarded the Dr. V. Shantaram Lifetime Achievement Award at 17th edition of the Mumbai International Film Festival of India (MIFF 2022)?

Q.9. Who has been awarded the 'O1 Best Content Award' and the Immunization Champion award by UNICEF at the annual Radio4Child 2022 Awards in Mumbai?

Q.1. The Indian men’s compound archery team (Abhishek Verma, Aman Saini, and Rajat Chauhan) has defeated which country in the final to win a gold medal at the Archery World Cup stages in Gwangju, South Korea?

Q.2. Which team has been crowned 2021/22 Premier League champions their fourth title success in the last five seasons?

Q.3. Which Hockey team has emerged as the winners of the Hockey India sub-junior women's national championship 2022 after defeating Hockey Jharkhand by 2-0 in the final in Imphal?

Q.5. Which batsman has become the first player to hit 700 fours in the history of the IPL?

Q.6. Which team has won the Indian Premier League (IPL) champions 2022 after defeating Rajasthan Royals by 7 wickets in the final at Narendra Modi Stadium, Ahmedabad?

Q.7. Which team has become the European champion for a record-extending 14th time after defeating Liverpool by1-0 in a Champions League final ?

Q.1. Who is the author of the book titled "Listen to Your Heart: The London Adventure"?

Q.1. Which edition of Indian and Bangladesh Navies has commenced two-day Coordinated Patrol (CORPAT) in Northern Bay of Bengal? 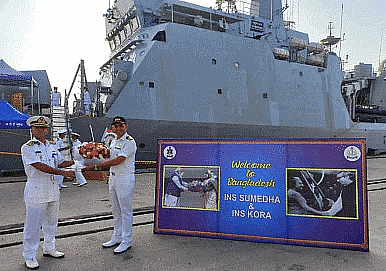 Q.4. Name the INS Ship which has been decommissioned by the Indian Navy?

Q.5. Which supercomputer has been established at IIT Gandhinagar, under Phase II of the National Supercomputing Mission (NSM)?