Suhana wanted her house to be whitewashed. She bought 10 kg of quicklime from the market and dissolved it in 30 L of water. On adding lime to water, she observed that the water started boiling even when it was not heated.(a) _________ is formed when water is added to quicklime.  (1 Marks)(b) Write the reaction involved.  (1 Marks)(c) The product formed is acidic or basic in nature?  (1 Marks)(d) Which of the following statements is correct about the above reaction based on your observations?  (1 Marks)I. It is an endothermic reaction.II. It is an exothermic reactionIII. The pH of the resulting solution will be more than seven.IV. The pH of the resulting solution will be less than seven. (i) I and II(ii) II and III(iii) I and IV(iv) III and IVAns. (a) Calcium hydroxide, Ca(OH)2(b) CaO + H2O → Ca(OH)2 + Heat(c) Calcium hydroxide is basic in nature.(d) (ii) It is an exothermic reaction because heat is given out. The resulting compound is Ca(OH)2 which, is basic in nature. So the pH of the resulting solution will be more than seven.Q.3. Name a salt that does not contain water of crystallization.  (1 Marks)Ans. Baking soda 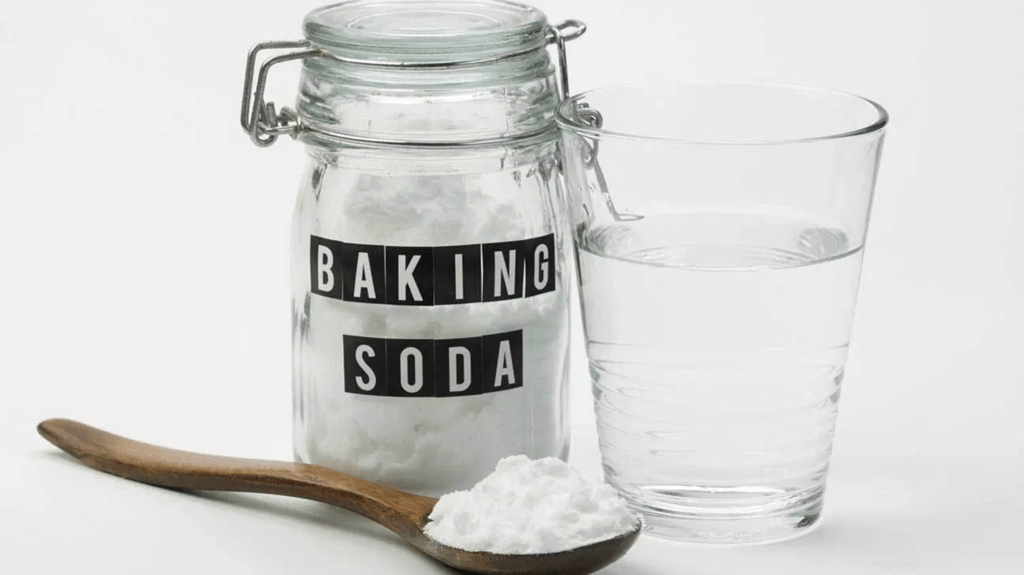 Q.4. A sanitary worker uses a white chemical, having a strong smell of chlorine gas to disinfect the water tank.  (3 Marks)(i) Identify the chemical compound, write its chemical formula.(ii) Give a chemical equation for its preparation.(iii) Write its two uses other than disinfection.Ans. (i) Bleaching powder: CaOCl2 (ii) Ca(OH)2 + Cl2 → CaOCl2 + H2O(iii) Two uses other than disinfection are:

Preparation:NaCl + H2O + CO2 + NH3 → NH4Cl + NaHCO3 Na2CO3 + 10H2O → Na2CO3.10H2OUses: (i) Used in glass, soap and paper industries.(ii) Used in the manufacture of borax.(iii) Used as a cleansing agent for domestic purposes. (Any two)Q.6. Write the main difference between an acid and a base. With the help of suitable examples, explain the term neutralization and the formation of:(i) acidic(ii) basic and(iii) neutral salts.  (5 Marks)Ans. (Any one)Neutralization – A reaction of an acid with a base to produce salt and water.(i) Acidic – NH4OH + HCl → NH4Cl + H2O(ii) Basic – NaOH + H2CO3 → Na2CO3 + H2O(iii) Neutral – KOH + HNO3 → KNO3 + H2O(or any other example)Q.7. ‘Sweet tooth may lead to tooth decay.’ Explain why? What is the role of toothpaste in preventing cavities?Ans. Sweet tooth leads to tooth decay, which is caused by bacteria's action on food particles remaining in the mouth, and acid is formed. As a result, the mouth's pH falls below 5.5, and the tooth enamel dissolves, resulting in cavities. Toothpaste is generally basic; they neutralize the excess acid produced in the mouth and prevent tooth decay.Q.8. Which has a higher concentration of H+ ions?

1 M HCl or 1 M CH3COOH. (1 Marks)Ans. 1 M HCl has a higher concentration of H+ ions because when HCl dissolves in water, it dissociates completely into ions. At the same time, CH3COOH is a weak acid and does not dissociate into ions completely.Q.9. How is sodium hydroxide manufactured in industries? Name the process. In this process, a gas X is formed as a by-product. This gas reacts with lime water to give a compound Y, which is used as a bleaching agent in the chemical industry. Identify X and Y and write the chemical equation of the reactions involved. (3 Marks) Ans. When electricity is passed through an aqueous sodium chloride solution (brine), it decomposes to form sodium hydroxide.2NaCl (aq) (Sodium chloride) + 2H2O → 2NaOH (aq) (Sodium hydroxide)+ Cl2 (g) + H2(g)This process is called the chlor-alkali process.In the manufacture of sodium hydroxide, hydrogen gas and chlorine gas (X) are formed as byproducts. When chlorine gas (X) reacts with lime water, it forms calcium oxychloride (bleaching powder) Y. The reaction is:

Y is Calcium oxychloride, which is used as a bleaching agent in the chemical industry.

Try yourself:Sodium carbonate is a basic salt because it is a salt of
Explanation

Sodium carbonate is a basic salt of weak acid, i.e. carbonic acid and a strong base, i.e. sodium hydroxide.

View Solution
Q.11. Give suitable reasons for the following statements :(i) Rainwater conducts electricity, but distilled water does not.(ii) We feel a burning sensation in the stomach when we overeat.(iii) A tarnished copper vessel regains its shine when rubbed with lemon.(iv) The crystals of washing soda change to white powder on exposure to air.(v) An aqueous sodium chloride solution is neutral, but an aqueous solution of sodium carbonate is basic. (5 Marks)Ans. (i) Distilled water does not conduct electricity because it does not contain any ionic compounds like acids, bases or salts dissolved.(ii) When we overeat, an excess of acid is produced in the stomach, which causes a burning sensation.(iii) Copper vessels tarnish due to the formation of basic copper carbonate, which gets neutralized when rubbed with lemon, and the copper vessel regains its shine.(iv) Washing soda is sodium carbonate decahydrate which, when exposed to air, loses 10 molecules of water and changes to white powder.(v) Sodium chloride is a salt of strong acid HCl and strong base NaOH, so it is neutral.

After heating, water is removed, and salt turns white.If crystals are moistened again with water, the blue colour reappears. The crystallization water is a fixed number of water molecules present in one formula unit of salt. Five water molecules are present in one formula unit of copper sulphate.(b) Calcium sulphate hemihydrate – CaSO4.½H2OCalcium sulphate dihydrate – CaSO4.2H2O.Q.15. (a) For the preparation of cakes, baking powder is used. If your mother uses baking soda instead of baking powder at home, how will it affect the cake's taste and why?(b) How is baking soda converted into baking powder?(c) What makes the cake soft and spongy?  (1 Marks)Ans. (a) The cake will have a bitter taste because of Na2CO3 / sodium carbonate formation while baking/heating.(b) By adding tartaric acid.(c) The liberated CO2 gas.