How many types of Epics are there
Correct answer is option 'A'. Can you explain this answer?
Related Test: Test: What Books And Burials Tell Us - 2

No they are not mahabharat and ramayan they are provided in my answer refer it.

Then wat do mahabarat and Ramayana is known as?

There are two epics
1) Ramayanam
2) Mahabharatham

Yes the 2 epics are Ramayanam and mahabharatham

One is ramayana and other is mahabharata
A part
A
Mahabharatham and Ramayana
There are two epics ramayana and mahabharta
A is the right answer,there are 2 epics folk nd literary..
Ans. is 2
Two types of epics there are 1. Ramayan and 2. Mahabaratham
As mahabharta and ramayan are 2 epics
There are two main types of epic: folk and literary. Folk epic is an old form of epic poem that was originally told in oral form.
2 .one is ramayanam and second is Mahabharatam
The beginning of European literature is generally traced back to the two Homeric epics, the “Iliad” and “Odyssey,” which are still studied today as great literary masterpieces. Less well-known, but equally significant, are the two great epics of India: the Ramayana and Mahabharata.
2epic Or mahakavya (in india):
ramayana, mahabharata ( writer has himself witnessed the story) ;
Yes it is correct there are two epics i.e.ramayana and mahabharata

This is not correct

The correct answer is 1. ramayana 2. Mahabharata

Her answer is correct as the question is about types and not about examples.so mahabharat and ramayan are examples of it. if this would be the answer then there are many more epics in world..so 2 would prove to be wrong.

No not mahabharat and ramayan refer to my answer.the above two are examples of epic such as illiad and oddyssey are english epics but we want types of them..hope now you can differ .

Mahabharat ramayan
4
2 . Hope it helps you guys.
Because the Lord Vishnu has taken his avatar in only 2 epics those are for Ramayana for the how king has rule his state and for to be front and for honest, and another is Mahabharat for Dharm.
Correct is a
Correct answer is option - 2
Ramayana and Mahabharat
There are 2 epics namely: 1)Mahabharat. 2)Ramayana.
There are 2 types of epic.1-Folk and other is literary epic.
Two types. Those are Folk and Literary.
2 types of epic
folk and literacy.
2 folk and literary 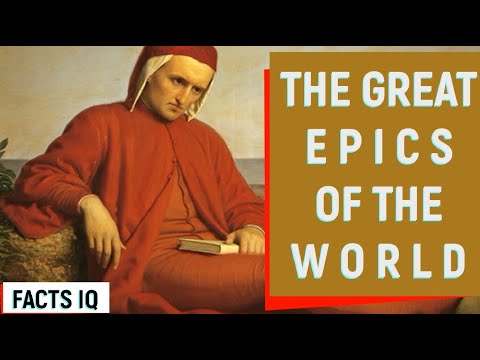 2 types
There are two epic i.e the Mahabharata and the Ramayana
There are two types of epics-
1) Folk
2) Litetary
The folk epic is basically in oral form and the literary epic in written form.
There are two epic ramayan and mahabharat
The oldest epic recognized is the Epic of Gilgamesh ( c. 2500–1300 BCE), which was recorded in ancient Sumer during the Neo-Sumerian Empire. The poem details the exploits of Gilgamesh, the king of Uruk.

Two types of epics are mahabharat and ramayan but why u have answered this. explain me the answer of yours

Because it's the correct answer..if you have any doubt..you can search on Google..

And don't take any doubt about that

There are two types of epics ie. folk epic and literary epic. The folk epic is basically in oral form, while the literary epic is in written form.
2 epics and 1. folk. 2. literary
Two types of epics ----
literary and folk
2 it is correct
Epic are two types:
1) primitive epic (epic of growth)
2) later epic (epic of art)
simply, primitive epic is not a work of single author.And later epic is the product of single author.
Two great epic and Also Sanskrit epics are Mahabharata and Ramayana.
Ramayana, mahabaradha
Mahabharat and Ramayana
The 2 type of epics are are Ramayana and Mahabharat of India this are 2 main and very known epic
Option A
3 is the answer
There are two types of epics:-
1) Folk
2) Literary

If we talk about India.. It has two great Epics:-
1) Ramayana
2) Mahabharata
Two epics :- Ramayana and Mahabarat
5 epics