The document Drainage System - Geography, UPSC, IAS. UPSC Notes | EduRev is a part of the UPSC Course Geography for UPSC (Civil Services) Prelims.
All you need of UPSC at this link: UPSC

The term drainage describes the river system of an area. The area drained by a single river system is called a drainage basin. A closer observation on a map will indicate that any elevated area, such as a mountain or upland, separates two drainage basins. Such an upland is known as a water divide. The drainage systems of India are mainly controlled by the broad relief features of the subcontinent. Accordingly, the Indian rivers are divided into major groups:

Question 1:Which of the following is incorrect about the Himalayan river system?
Explanation

Himalayan rivers does not entirely depend on monsoon as they receive water from the melted now of the Himalayan ranges. 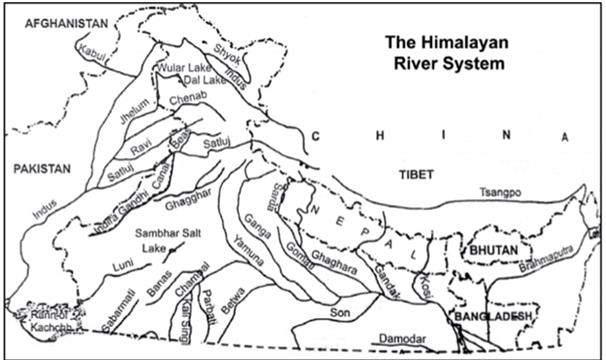 Question 3:Which of the following is a left bank tributary of the river Brahmaputra?
Explanation

Dhanasiri is a left bank tributary ➢ The Tapi (or Tapti) 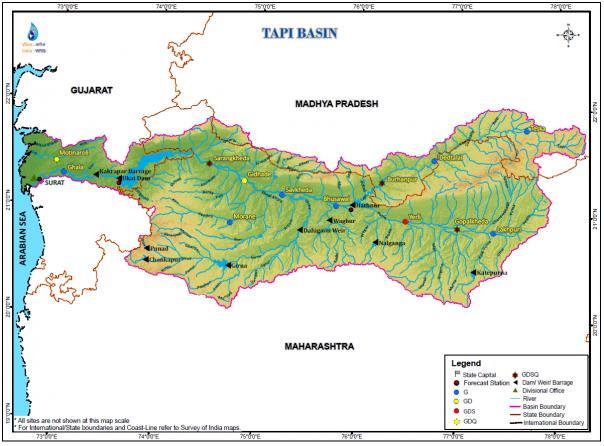 Question 4:Which of the following river  is the longest west flowing river?
Explanation

Narmada river is the longest west flowing river with a total length of 1310 Km.