Before 1947, India was divided into two main entities – British India which consisted of 11 provinces, and the Princely states ruled by Indian princes under subsidiary alliance policy. The two entities merged together to form the Indian Union, but many of the legacy systems in British India is followed even now. 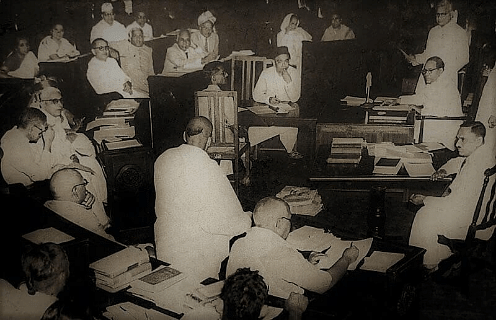 The historical underpinnings and evolution of the Indian Constitution can be traced to many regulations and acts passed before Indian Independence.

Indian democracy is a Parliamentary form of democracy where the executive is responsible to the Parliament. The Parliament has two houses – Loksabha and Rajyasabha. Also, the type of governance is Federal, i.e. there is separate executive and legislature at Center and States. We also have self-governance at local government levels. All these systems owe their legacy to the British administration. Let us see the historical background of the Indian Constitution and its development over the years.

Try yourself:Through which act the supreme court was established at Fort William (Calcutta) as the Apex Court?
Explanation

Try yourself:Which act of the following is distinguished between commercial and political functions of the company?
Explanation

Try yourself:Which statement of the following is correct concerning the government of India act, 1858?
Explanation

➢ The Minto-Morley Reforms and The Indian Council Act, 1909

Introduced bicameralism in 6 out of 11 Provinces.

➢ Points to Be Noted

The Making of The Constitution

In 1938, Pandit Nehru formulated his demand for a constituent assembly, which was resisted by the British government until the outbreak of World war –II when external circumstances forced them to realize. 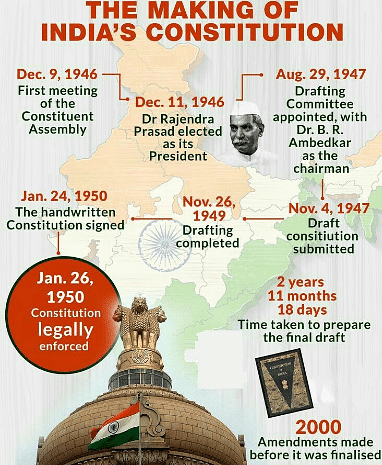 Try yourself:On which date the first meeting of constitution assembly was held?
Explanation

On 9th December 1946, the first meeting of Constituent Assembly was held which was not attended by Muslim league and the assembly began to function without the Muslim members.

Passing of The Constitution

Salient Features of The Indian Constitution 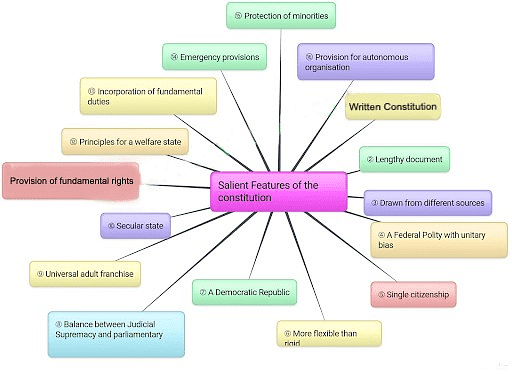 Influence of Other Constitutions 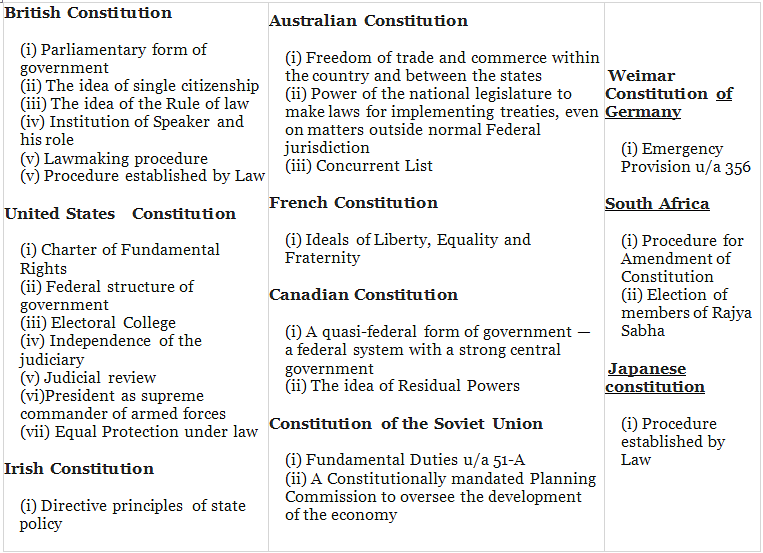 Try yourself:Which pair of the following is not correct?
The salient feature of the constitution → Borrowed country
Explanation

➢ Purposes of the Preamble 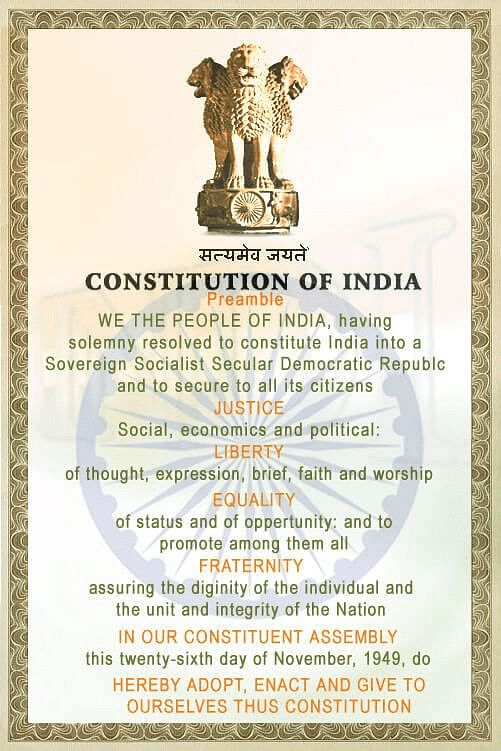 ➢ Is it a part of the Constitution?

The word 'Republic' means that there exists no hereditary ruler in India and all the Authorities of the State are directly or indirectly elected by the people.

Try yourself:Which statement of the following is correct concerning the preamble of the Indian constitution?
Explanation

The Preamble is non-justiciable in nature, like the Directive Principles of State Policy, and cannot be enforced in a court of law.

Indian constitution consists of 22 parts, 395 articles, and 12 Schedules (initially 8 schedules were there) which are as follow:

Parts of the constitution

There are 12 Schedules in the Indian Constitution. Schedules can be added to the constitution by amendment.

Try yourself:Which schedule of the following is related to the allocation of seats in the Rajya Sabha?
Explanation