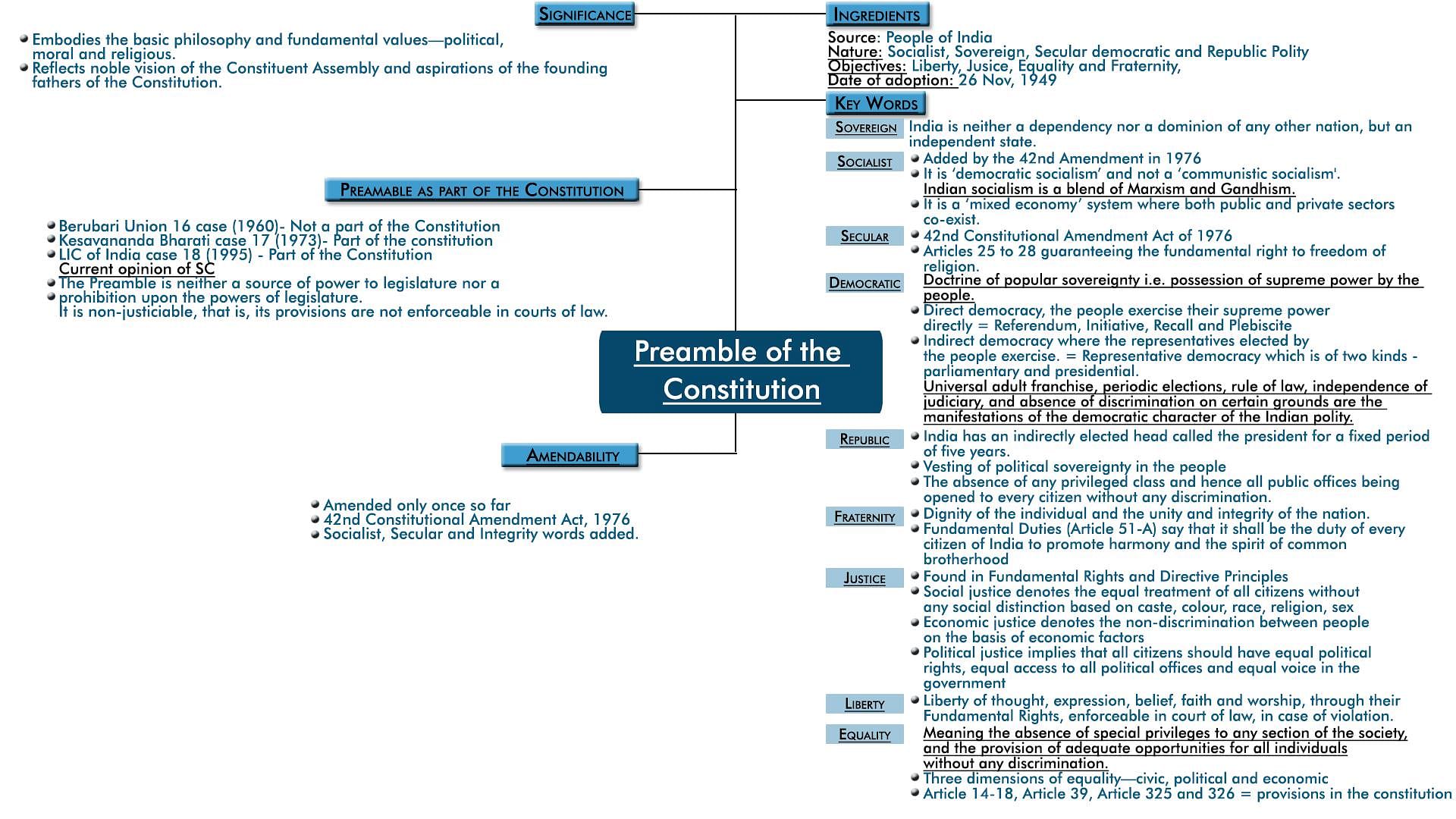 2. Key Words(a) Sovereign(i) India is neither a dependency nor a dominion of any other nation, but an independent state.

(b) Socialist(i) Added by the  42nd Amendment in 1976(ii) It is ‘democratic socialism’ and not a ‘communistic socialism'.(iii) Indian socialism is a blend of Marxism and Gandhism.

(ii) Universal adult franchise, periodic elections, rule of law, independence of judiciary, and absence of discrimination on certain grounds are the manifestations of the democratic character of the Indian polity.(e) Republic(i) India has an indirectly elected head called the president for a fixed period of five years.(ii) Vesting of political sovereignty in the people

(f) Fraternity(i) Dignity of the individual and the unity and integrity of the nation.

(h) Liberty(i) Liberty of thought, expression, belief, faith and worship, through their Fundamental Rights, enforceable in court of law, in case of violation.(i) Equality(i) Meaning the absence of special privileges to any section of the society, and the provision of adequate opportunities for all individuals without any discrimination.

3. Significance (a) Embodies the basic philosophy and fundamental values—political, moral and religious.(i) Reflects noble vision of the Constituent Assembly and aspirations of the founding fathers of the Constitution.