Q.3. In some members of which of the following pairs of families, pollen grains retain their viability for months after release?     (2021)(a)  Poaceae; Solanaceae(b) Rosaceae; Leguminosae(c) Poaceae; Rosaceae(d) Poaceae; LeguminosaeAns. (b)Explanation: In some cereals such as rice and wheat, pollen grains lose viability within 30 minutes of their release, and in some members of Rosaceae, Leguminoseae and Solanaceae, they maintain viability for months. 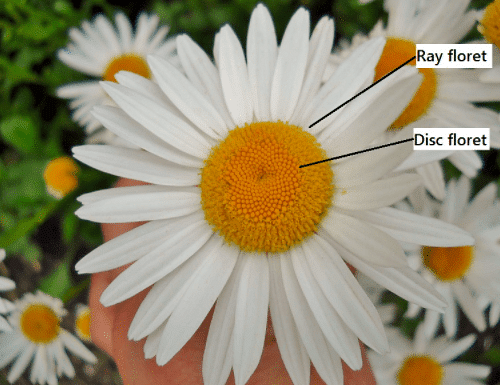 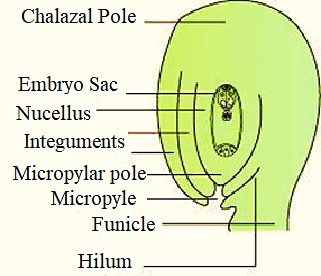 Q.8. In water hyacinth and water lily, pollination takes place by:     (2020)(a) wind and water(b) insects and water(c) insects or wind(d) water currents onlyAns. (c)Explanation: In a majority of aquatic plants such as water hyacinth and water lily, the flowers emerge above the level of water and are pollinated by insects or wind as in most of the land plants. Their stem part which is above the thalamus is not in the water. The pollen grains are in the upper part of thalamus so pollination can't done by water. That's why it is done by insects and wind.

Explanation: Following are the post-fertilisation changes:

So, the correct answer is 'Ovules develop into embryo sac'

Explanation: Autogamy and geitonogamy are two forms of self-pollination. In autogamy, pollen falls on stigma of the same flower. While in geitonogamy pollens from a flower fall on the stigma of some other flower on the same plant. Papaya is a dioecious plant thus both autogamy and geitonogamy are prevented in it.Q.15. Which of the following has proved helpful in preserving pollen as fossils?    (2018)(a) Pollenkitt(b) Cellulosic intine(c) Oil content(d) SporopolleninAns: (d)

Explanation: In angiosperms, the functional megaspore is the first cell of female gametophyte. It enlarges and Undergoes three nuclear mitotic divisions to form embryo sac.Q.19. Attractants and rewards are required for    (2017)(a) Entomophily(b) Hydrophily(c) Cleistogamy(d) AnemophilyAns: (a)Explanation:

Q.20. Flowers which have single ovule in the ovary and are packed into inflorescence are usually pollinated by    (2017)(a) Bee(b) Wind(c) Bat(d) WaterAns: (b)Explanation: Single ovule in the ovary and flowers racked into inflorescence are characteristics of wind-pollinated flowers.Q.21. A dioecious flowering plant prevents both     (2017)(a) Autogamy and geitonogamy(b) Geitonogamy and xenogamy(c) Cleistogamy and xenogamy(d) Autogamy and xenogamy.Ans: (a)Explanation: Dioecious plants are those plants in which male flowers and female flowers are borne on different plants. Therefore, they prevent both autogamy and geitonogamy.Q.22. Double fertilisation is exhibited by    (2017)(a) Algae(b) Fungi(c) Angiosperms(d) GymnospermsAns: (c)Explanation: Out of two sperms, when one sperm fertilizes with egg to form a diploid zygote. While the other sperm fuses with the two polar nuclei to develop triploid endosperm, the process is known as double fertilization. Double fertilization is the characteristic feature of angiosperm.Q.23. In majority of angiosperms    (2016)(a) Egg has a filiform apparatus.(b) There are numerous antipodal cells.(c) Reduction division occurs in the megaspore mother cells.(d) A small central cell is present in that embryo sac.Ans: (c)Explanation:

Q.26. The coconut water from tender coconut represents    (2016)(a) Free nuclear proembryo(b) Free nuclear endosperm(c) Endocarp(d) Fleshy mesocarpAns: (b)Explanation: The coconut water from tender coconut represents the free nuclear or liquid endosperm. During the development of nuclear type of endosperm, the primary endosperm mother cell divides by free nuclear divisions, and these divisions are not followed by cell wall formation. Thus, the free nuclei remain in the cytoplasm of the embryo sac.Q.27. Which one of the following statements is not true?    (2016)(a) Pollen grains of many species cause severe allergies.(b) Stored pollen in liquid nitrogen can be used in the crop breeding programmes.(c) Tapetum helps in the dehiscence of anther.(d) Exine of pollen grains is made up of sporopollenin.Ans: (c)Explanation:

So, the correct answer is 'Tapetum helps in the dehiscence of anther.'Q.28. Seed formation without fertilisation in flowering plants involves the process of   (2016)(a) Somatic hybridisation(b) Apomixis(c) Sporulation(d) BuddingAns: (b)Explanation: Apomixis is a reproductive process which does not involve gametic fusion. In apomictic flowering plants there is no fertilisation and embryos develop simply by division of a cell of ovule.Q.29. Which of the following statements is not correct?    (2016)(a) Pollen germination and pollen tube growth are regulated by chemical components of pollen interacting with those of the pistil.(b) Some reptiles have also been reported as pollinators in some plant species.(c) Pollen grains of many species can germinate on the stigma of a flower, but only one pollen tube of the same species grows into the style.(d) Insects that consume pollen or nectar without bringing about pollination are called pollen/ nectar robbers.Ans: (c)Explanation:

The document NEET Previous Year Questions (2016-21): Sexual Reproduction in Flowering Plants Notes | Study Biology Class 12 - NEET is a part of the NEET Course Biology Class 12.
All you need of NEET at this link: NEET
Join Course