Hemozoin is released into blood during the infection of Plasmodium vivax every___.
Correct answer is option 'B'. Can you explain this answer?

Attach
Answer to Question
No idea

Explanation:Hemozoin (Hz) is released into the blood stream after rupture of infected red blood cells (iRBCs) at the end of each parasite replication cycle. This free Hz is ingested by circulating and resident phagocytes. The presence of Hz in tissues after clearance of infection has been previously reported. Still, little is known about the kinetics of Hz in vivo, during and after Plasmodium infection. It is particularly important to understand Hz kinetics after malaria infections as it has been reported that Hz is associated with impairment of immune functions, including possible consequences for coinfections. Indeed, if Hz remains biologically active for prolonged periods of time inside immunocompetent cells, the potential consequences of such accumulation and presence to the immune system should be clarified.

I was confused for this one .....first I said 72 only but than most of the people said it's 48 and I got confused

Now it's clear to me ...so once again thank you

Yes it's clearly written it is 3-4 days

Yes I m preparing for neet

But actually it takes 48 hrs

How can you explain

I will go through 72 because preparing for neet

Hmm actually i am also preparing for neet only

All the best to u too

Yes I know very well ....yrr I have one more doubt

Exit only naa but some are saying it is suspend

And G1 cells which cannot divide further will exit

Tmrw I will send you that pic okk

Yes bro you are correct 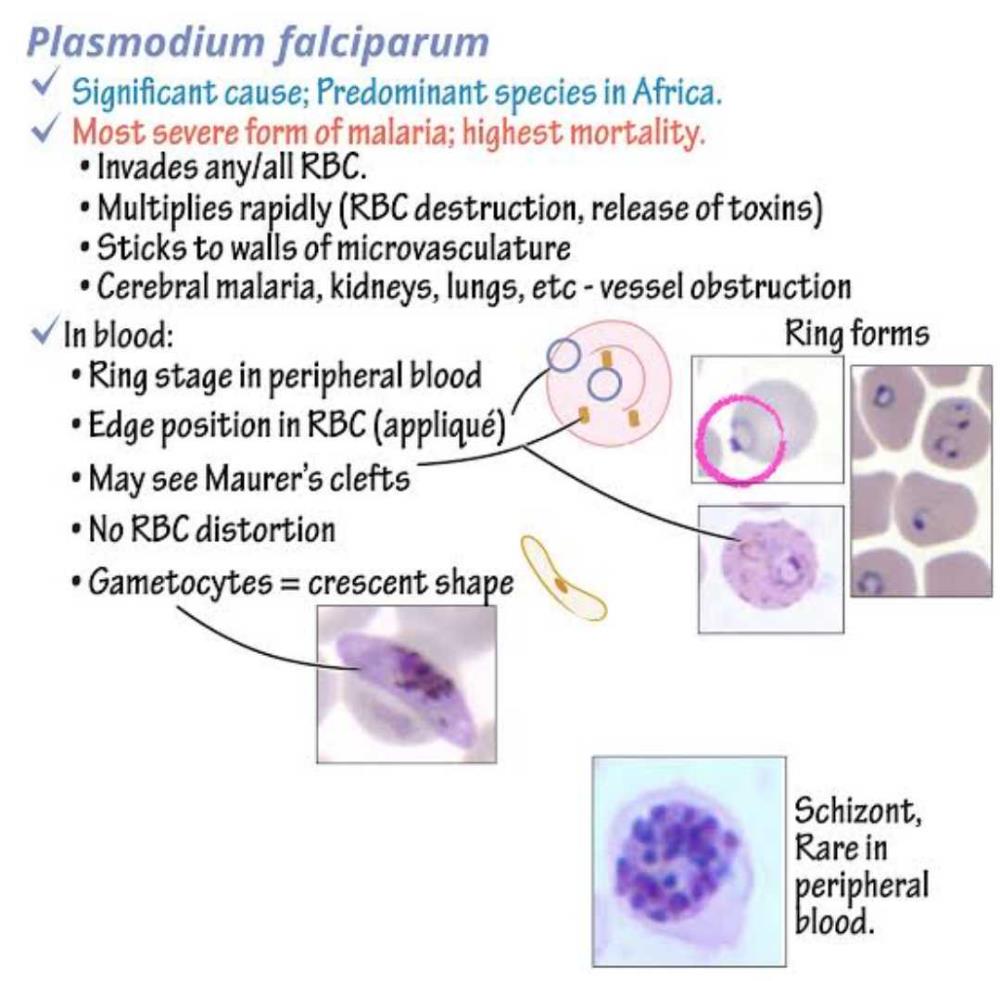 Ya you are absolutely right. it is a word of NCERT good job.plzzz accepted my chat request, and I am interested you 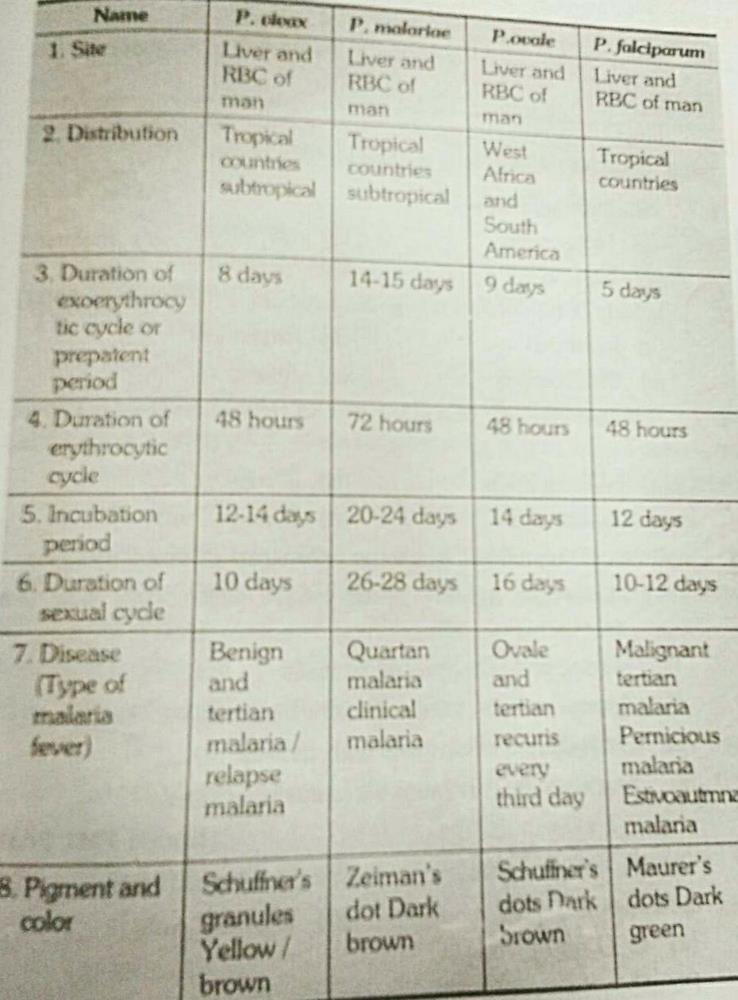 When RBC is broken down the hemoglobin is release which break into heam and globin .....heam is converted into hemozoin according to my knowledge the answer for this question should be 48 hours , as the erythrocytic cycle for Plasmodium vivax is 48 hours...

Compare to plasmodium( vivax), (falciparum), (malaria) takes_72hr_ bcoz it take 3days to mature parasites to enter the bloodstream and begin to infect RBC but the vivax and falciparum takes 2(48hr)days to mature and infect the RBC
Haemozoin is a malarial pigment that release every 72 hours after infection. 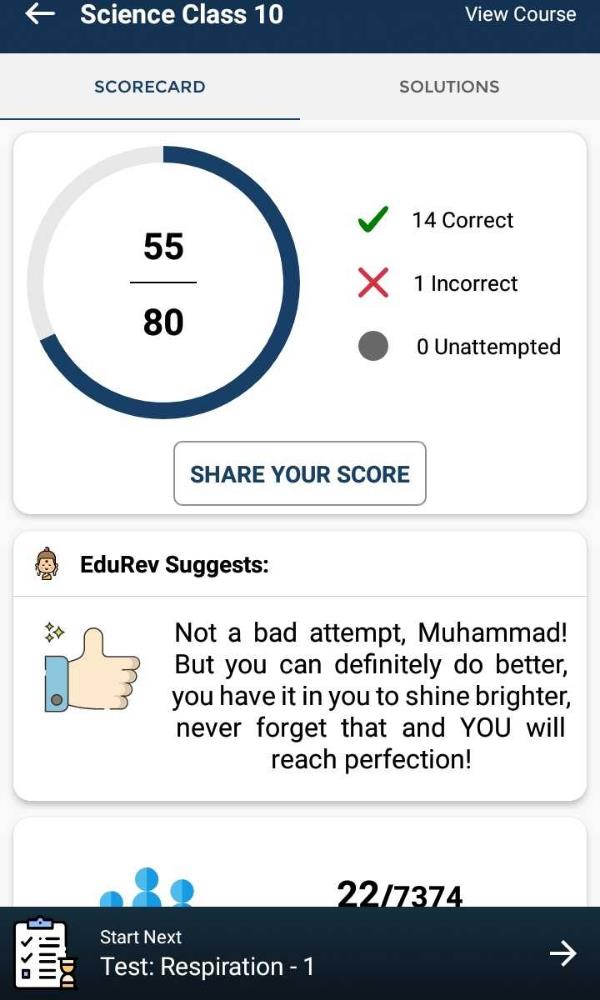 48hrs for plasmodium vivax, falciparum and ovale... And 72 hours for malariae..
Answer is b
72 hours
C 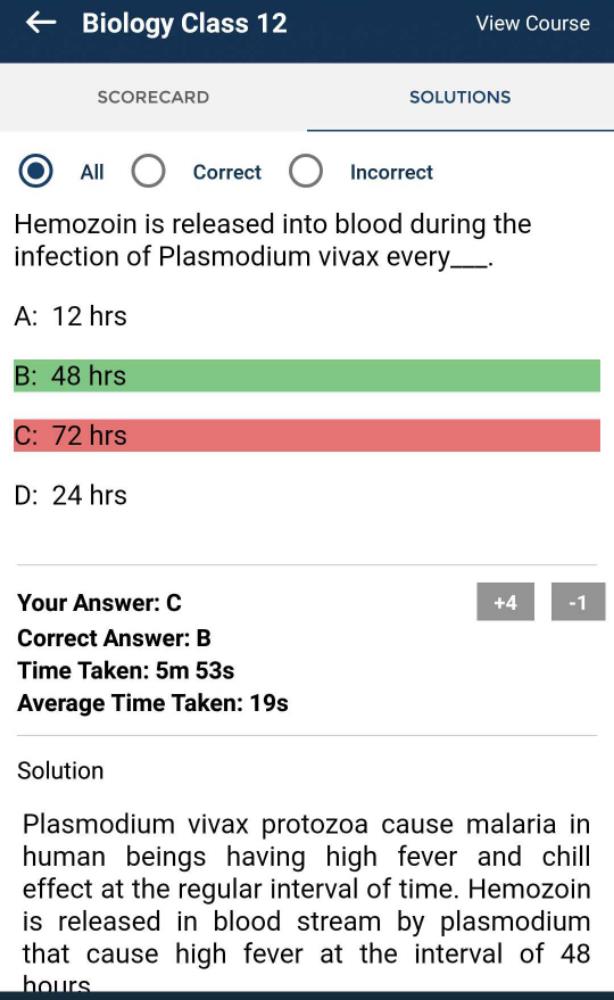 When I wrote the test in this app. it show this answer.

According to me ans should be c(48hrs) as P.vivax cause tertiary malaria in which fever repeated every 3rd day after a gap of 48hrs.
48

As it is a benign terian meleria every 3day is itsincubation period
Because the Hemozoin is released into blood during the infection of plasmodium vivax is in the 3-4 days that mean 72hrs. one day 24 hrs so in 3 days, 24 multiply by 3, it Will be 72 hrs.
72 hrs or 3 days
Hemozoin is realesed into the blood stream after rupture of RBC .and after 72 hour of every infection of plasmodium vivax
Hemozoin is released after every 72 hrs.... bcoz....when sporozoites leaves the RBCs
.. using hemoglobin as it's food..releases hemozoin as it's waste which becomes toxic to the body....and it's life in RBC is 72 hrs....or you say it releases hemozoin ....after it's cycle of 72hrs
48 hrs

The correct answer is 48 hours .please refer related sources.this is the correct answer
48 hours
I think 48 hrs
72
Option B becaus hemozoin is ingested by circulating and resident phagocytes. One study investigated the percentage of Hz-containing granulocytes and monocytes in circulation as a predictor of disease outcome , while another reported median half-lives of 72 hours for Hz-containing granulocytes and 216 hours for Hz-containing monocytes in circulation Although the prolonged presence of Hz in tissues of individuals that had suffered from Plasmodium infections has been reported since the 19th century little is known about the long-term kinetics of Hz in vivo.
B) 72hrs
One day 24 hrs.So in 3 days it is 72 hrs.
ACC. to NCERT haemozoin recurring every 3_4 days from the infection
It wil take 3 days to show the chill..it i is produced by heamozoin
72 hrs is the answer
Hemozin is a fluid released by rupture of cell infected by plasmodium. Usually plasmodium cause malaria, during malaria the fever is at 103_104degree celsius. It caused for every 3days means every 48 to 72 hours.
48 hours that i think so
When hemozoin is relesed fever occurs recurring every 3-4 days
Cuz you have recurring fever every 3 days given in ncert pg no 147

As we know that hemozoin is responsible for the chill and high fever. It affects Blood in about 72 to 96 hours. So the option B is correct.
72 hours
Ans is option c heamozin is released every 48 hrs
72 hrs hence option B
D
If we talk about normal malaria then its most common symptom are bouts of fever in every 3 days which means that it releases its toxin after every three days hence ans. shoul be 72hrs.
Feaver will be reoccurringfor every 3to4 day s due to release of heamozoin
(b). 72 hours
Option b is correct because in malaria, fever and chills occurs at every 3rd or 4th days
Haemozoin are ruptured rbc cells which cause fever
Haemozoin recurring 72 hours after infection
72 hours ..because...sporozoites attack RBC cell after 3rd day from infected day...after feed on Kupffer cells in liver it reaches RBC and feed haemoglobin ( globin ) part then it changes to toxic haemozoin it cause severe chillness...
B. 72hrs
Correct answer is option (B)72hrs
12 hours So option A is correct
Correct answer is option C.
B)72

Answer is 72 hr
Ans will be 72 hrs
72hr
Just relate it buddy. we know that haemozoin is responsible for the recurring fever or chilliness every three to four days. hence it is obvious that haemozoin will be released every 3 to 4 days which means every 72 to 96 hours.
72 hrs
as the chills apper every 3-4 days
During the blood
stage
, a merozoite invades a healthy
red blood cell
(
RBC
); once inside, over a
period
of 48 h, it divides into 16–32 daughter merozoites by consuming the host hemoglobin; and finally, the merozoites exit the cell by piercing a hole in the plasma membrane , and release the digested hemoglobin as hemozoin.
48 hours...
B in every 3-4 days means 72 hrs right answer
Fact
I think amswer is 48 hours
72hrs