What are Physical Quantities?

The quantities that can be measured by an instrument and by which we can describe physics laws are called physical quantities.

1. Based on their Directional Properties

(a) Scalars: The physical quantities which have only magnitude but no direction are called scalar quantities.Example: Mass, Density, Volume, Time, etc.

(b) Vectors: The physical quantities which have both magnitude and direction and obey laws of vector algebra are called vector quantities.Example: Displacement, Force, Velocity, etc.

2. Based on their Dependency

Question for Introduction to Units & Measurements
Try yourself:The base quantity among the following is
Explanation

Within SI there are seven base units upon which all others are based. These Base Units are:
(i) Mass
(ii) Length
(iii) Time
(iv) Current
(v) Amount of substance
(vi) Luminous intensity
(vii) Temperature 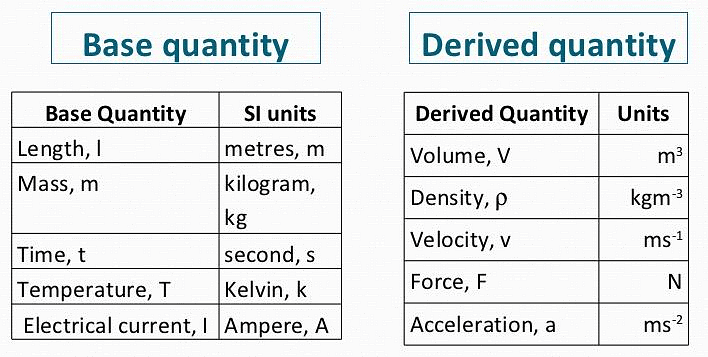 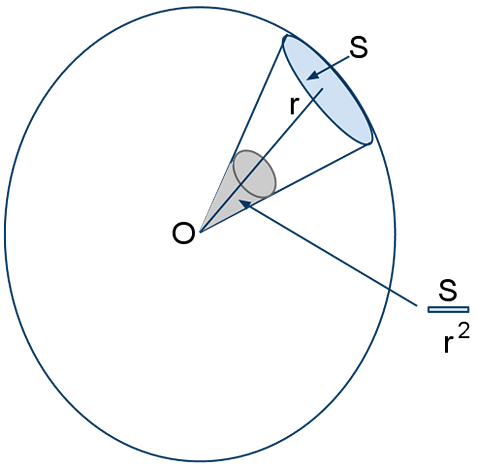 In the diagram, the area S of the sphere subtends a solid angle, Ω = S/r2

The magnitude of a physical quantity is always constant. It is independent of the type of unit.

Example: The length of a metal rod bar is unchanged whether it is measured as 2 meters or 200 cm. Observe the change in the Numerical value (from 2 to 200) as a unit is changed from meter to cm.

Measurement of any physical quantity is expressed in terms of an internationally accepted certain basic reference standard called unit.

Units of some physical quantities in different systems

General Guidelines for using Symbols for SI Units, Some other Units, and SI prefixes

Note: The single exception is L, for the unit litre.

Question for Introduction to Units & Measurements
Try yourself:Which of the following is a unit that of force?
Explanation

Characteristics of Base Units or Standards

Some Special Types of Units

Question for Introduction to Units & Measurements
Try yourself:One astronomical unit is a distance equal to
Explanation

View Solution
The document Introduction to Units & Measurements Notes | Study Physics For JEE - JEE is a part of the JEE Course Physics For JEE.
All you need of JEE at this link: JEE
Join Course